Wine commentary is often ridiculed for the weighted words and terms strewn about like trashed spittoons. Besides the spirited terminology used to describe taste and aroma – think organic coconut hand-crushed by Tahitian virgins, freshly folded Spanish linen duvet cover and manicured seal whisker – there is the lofty lauding. Here, words such as “icon”, “legend”, “works of art” and “genius” are used, more often than not just a bit too randomly.

However, one should not be too rough on wine commentators. Wine criticism is not easy. Those reviewers discussing film, drama, painting and music have so many more hooks on which to hang their narratives and analyses. All we have is a glass filled with something red or white. Try writing a few hundred words on this for a couple of weeks and you will also find it tempting to grab floral terms and hand out odes of greatness. 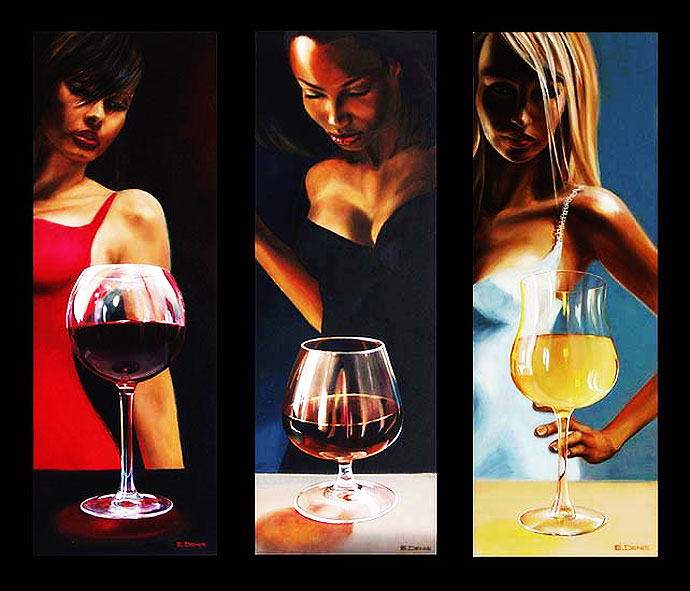 But once in a while the wine world throws truly blinding brilliance at you. Here the glass is filled with something forcing a profound experience onto the drinker. Then, at that time and in that place, the wine does what good art does. It causes you to think about the world – and wine’s role in life – in a different manner.

Pardon the personal detail, but I will admit that the background to this experience was shrouded in a bit of melancholy. The day had been spent with fellow-members of the Dead Irish Poets Society and I had immersed myself in the words and moods of Mr William Butler Yeats. A few hours of reciting and listening to things like “wreaths of withered flowers”, “poor earth-enkindled pair” and “lonely spirits wait”, and I was not exactly up for bouts of moonwalking, kick-boxing and dirty Jewish jokes.

I needed a stiff drink, and with the World Cup Final ahead, I chanced upon a magnum of wine that had been lying around. Vriesenhof Grenache 2010. As with all of Jan Boland Coetzee’s wines, I knew that it was hardly going to be some mediocre drop. And Grenache, well, I had always been fond of its spicy succulence and seductive approachability. What’s there not to like?

But I never saw this coming.

From the first splash into my glass, the Vriesenhof sought the attention of my senses about as subtly as a Cosatu miner asks for a pay rise. A waft of heady aroma drew me towards the crystal rim, and I am still trying to figure out what it was. And why not, then, think of Yeats: “A cloven dancing jet”, that is how the liquid before me drifted with presence and a perfume I can only describe as the blood of a – lovingly – slain goddess.

Before getting to the taste, let me state that I have just – 14.21 – phoned Jan Boland and am waiting for him to tell me why this Grenache has a similar allurement to that beloved feral beauty of Pinot Noir. It is there, and it was especially there last night after the wine had been open for 24hrs. Behind the silky, sleek and polished build, the perfectly ripe berry-fruited elegance and the long, giving finish… behind all this, was a slight wildness. A morsel of just-unearthed truffle. A sprig of moss. Something growing under a cool moist rock in those “drowsy valleys”. One beat from a Pinot Noir heart. It was there, I tasted it. 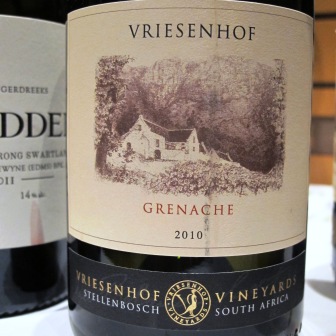 When you find such an unexpected element in a wine, the experience becomes visceral and haunting. It picks you up and makes you look at wine with new eyes, reminds you that this journey you have undertaken will never end, but it sure is going to be one hell of a ride.

Vriesenhof’s Grenache comes from those famed vines in the Piekenierskloof outside Citrusdal, and as far as wooding goes, the 2010 model spent six months in new oak before being transferred to 3rd and 4th fill vats for nine months.

Yes, we can hand it to terroir and ancient Piekenierskloof vines and old oak, but the genius that is Jan Boland Coetzee surely comes into play. To derive at a wine of such personality and grace needs an extraordinarily skilled touch from the hand of a master and a lot of love from the soul of an artist.

Then all is good.

4 thoughts on “The Deserved Greatness of Vriesenhof”