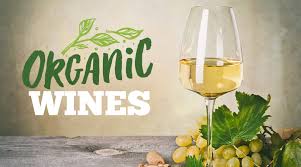 Once the world returns to normal – one day – the issue of sustainability and producers’ green credentials will be the number one issue on the agenda of any winery exporting to Europe (South Africa’s largest market) and the USA. Here South Africa can, if it jostles effectively, edge into a top-spot as a sustainable, environmentally aware wine country that takes care in leaving a lower carbon footprint. Not only through the facets and machinations of production. But, also by its off-setting of carbon emissions through the green lungs of fynbos wilderness breathing in the wild, natural spaces between the splendid Cape winelands.

Integrated Production of Wine (IPW) and the WWF Conservation Champions are but two credible bodies able to highlight and endorse local wine producers’ ethos of conservation and sustainability, two words that ought to have international wine-buyers and importers breathless with anticipation.

In this oxygen-flush, naturally pristine wine environment it is, thus, surprising that South Africa has been so slow in taking-up organic wine production. Not only is organic a logical partner to the country’s image of all things good, natural and environmentally friendly, but the market is growing. The global organic wine market is expected to grow by 12% over the next five years, reaching a value of USD15bn. Yet, the Cape’s organic offering is less than 2% of the national vineyard.

According to Frank Meaker, cellarmaster of Org de Rac Estate in the Swartland, the international market for organic wines might be growing. Still, the local wine market is slow on the uptake. Hence the lack of enthusiasm for local organic wine farming.

“Org de Rac has been farming organic vineyards since the first vines went into the soil 20 years ago,” says Meaker, “and in the past two decades we’ve pretty much seen the whole organic movie playing out in South Africa. The fact is, the local wine consumer still sees organic wine as an oddity, something that has to taste different than the other red and white wines he or she is used to.”

The fact that organic wines are often kept on separately marked shelves in wine-shops and supermarkets, as well as exclusively offered in health-stores, adds to these wines’ image as something standing apart from other wine offering.

“That’s why Org de Rac has taken the strategy of positioning our wines as firstly being good quality wines made from classic grape varieties that consumers know, like Merlot, Cabernet Sauvignon, Shiraz and Chardonnay,” says Meaker. “By entering various wine competitions our wines are judged with the rest of the Cape wineland offering, not in a separate category. And by winning accolades, the wines show that they can stand alongside the best of what the Cape has to offer. With these accolades, we raised the bar for organic wine, competing with some top South African brands and underscoring that organically farmed vineyards from a unique site can come-in at the top of the wine game.”

Meaker says that once this quality has been recognised and accepted, the fact that Org de Rac’s wine is organic comes into play. “Here the consumer still needs a lot of education as to what organic wine is,” he says. “The general perception is that it is some weird, mystical kind of thing made for a select group of alternative consumers. This is not the case – organic wine is simply wine made from grapes farmed without chemical pesticides and fertilisers, farming the same way our forefathers did. Farming only naturally, with pure expression of fruit in the final product.”

While Org de Rac enjoys good exposure to the international market-place, especially in Scandinavian countries, Meaker the path to success begins at home. “That’s why we are making extra efforts to change the perception of organic wine in South Africa as a deliciously attractive wine product with the added benefit of being environmentally friendly due to our farming methods,” he says. “The growing realisation of this is slowly changing the consumer mindset, and we look forward to organic wine becoming the norm rather than a fringe wine offering.”

With some 40 years in the wine industry, Meaker knows what it takes. Hopefully it won’t take another four decades to get organic wine where it deserves to be, and that is at the top of the Cape wine offering.