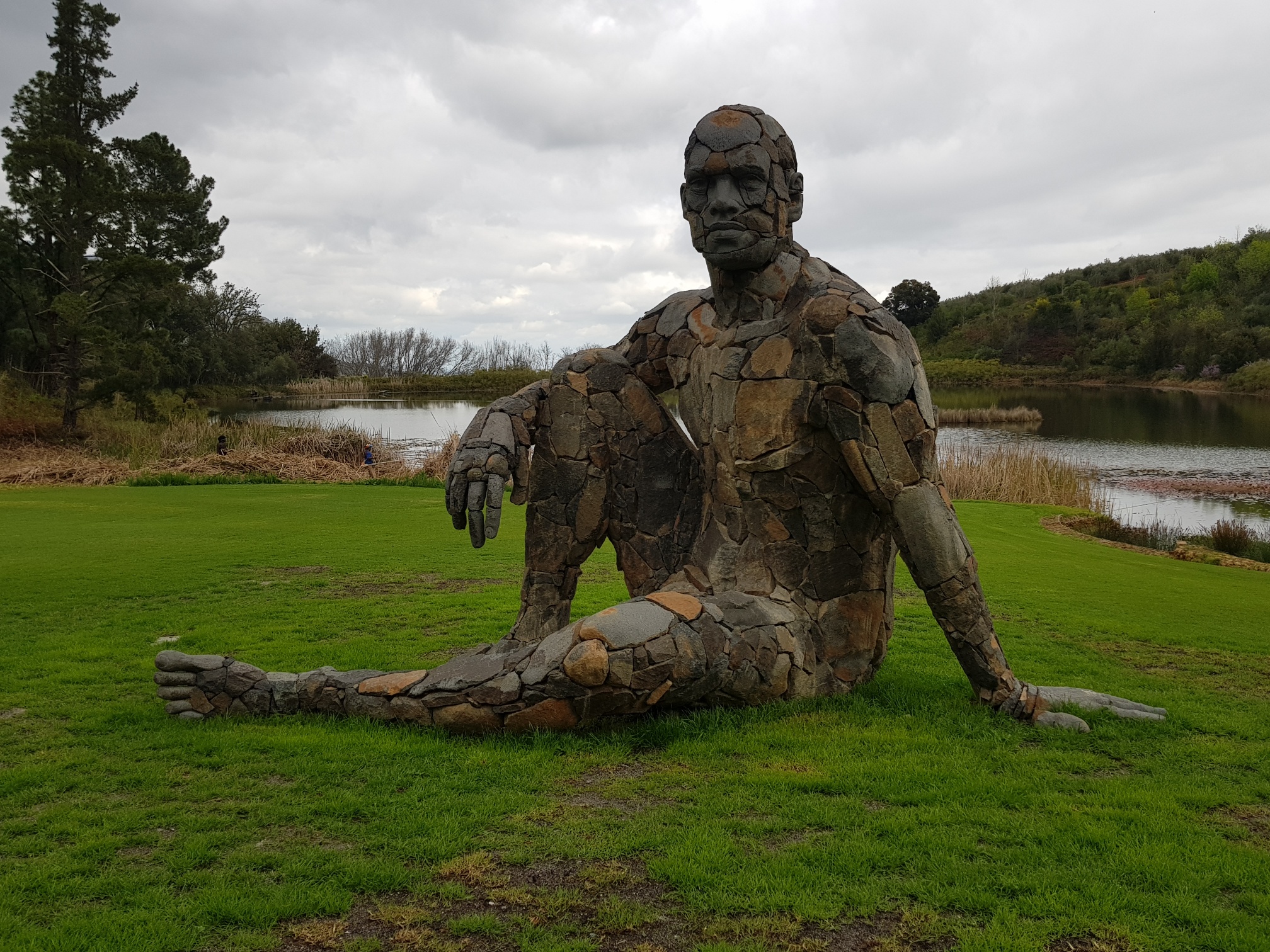 The rains eventually came at the end of another dry Cape winter, and it was a fine day to be on the top of the world. Since talk of the wine farm that business tycoon GT Ferreira was planning began doing the rounds in Stellenbosch during the 1990’s, there was a lot of speculation and excitement as to what Tokara was going to offer.

And despite having delivered the o-so-stylishly alluring winery-building with its gracious modern façade, elegantly comfortable interior, terrific restaurant and ubiquitous yet discreet displays of art, I’ll always thank Mister Ferreira for opening the true soul of Stellenbosch for all to see, feel and taste. Perched on the Simonsberg side of the Banghoek Valley, Tokara and its vineyards allows you to experience the fact that this is, truly, God’s wine country. 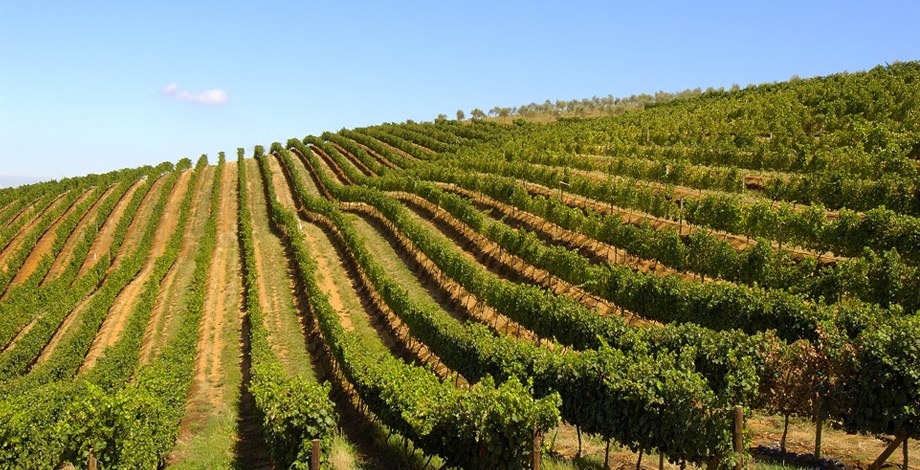 Gazing ahead, Table Mountain and Table Bay lie 50km due west, with False Bay to the east. With Tokara set on the easterly edge of the Simonsberg at elevations of between 350m and 550m, one feels the rapture of the vine and its product around you.

Driving around the spread of land inhabited by vineyards, olive trees and indigenous plants, it is apparent that Tokara is pretty hardy farming country. Aidan Morton, the by-now famous viticulturist who has been here since the first vines were planted at the turn of the millennium, has a relieved look on his face as the blue-layer of clouds comes drifting in from Table Bay. We are at 400m above sea-level, the vines are just-pruned and gnarled, and the soils in which they are rooted is as red as just-pressed Cabernet Sauvignon.

“Just what the doctor ordered,” says Morton whose energy and enthusiasm for this patch of earth he oversees is infectious. “It has been hell of a dry over the past winters, and we are not going to come near to the 900mm of rain we should be getting here on average, but every bit helps.”

Looking around you and feeling the revving and braking going on under the hood of Morton’s SUV, the diversity of the aspect on which the vines are grown is evident. Vineyards lie in an array of nooks and crannies and at various elevations. The plants appear well-tended, planted in neat rows, but set on terrain that is more rugged and undulating than the meticulous and harmonious exterior of the entry to Tokara would have one believe.

“This used to be fruit farmland,” says Morton, “soils are fertile, so from the outset our challenge has been to contain the vines’ vigorous growth. That’s why we plant the rows relatively wide apart and don’t hold back on the cover crops.” Indeed, in some vineyards the dormant vines appear to now stand in the shade of the cover growth – if the grey skies allowed any shade.

When we get out of the vehicle at the edge of a high Sauvignon Blanc vineyard to feel the breeze, the red oak-leaf and Tukulu soil smells of water, broken rock and autumn leaves. You just want to grab a shovel, fire-up a tractor and begin farming in this place. If, as they say, good wine is made in the vineyard this is the kind of farm where you can almost start making predictions before opening the first bottle.

Back at Tokara HQ, in a private lounge the size of a suite in the Ritz, I start talking about the location of the vineyards, the great wine terroir of Stellenbosch, that this is the place showing South Africa’s best, when I am courteously interrupted.

“Without a vision, this would not be Tokara,” says Karl Lambour, general manager. “GT Ferreira, who bought the property in 1994, had the vision and together with his wife, Anne-Marie, they have overseen its execution into something our whole team shares and is extremely proud to be a part of.”

Also in the room is one Stuart Botha. If Botha is keeping to himself, for now, it is for good reason. This is one day before he starts his new job of winemaker at Tokara, following in the footsteps of Miles Mossop who has been part of the team that founded the wine and vineyard project 17 years ago. 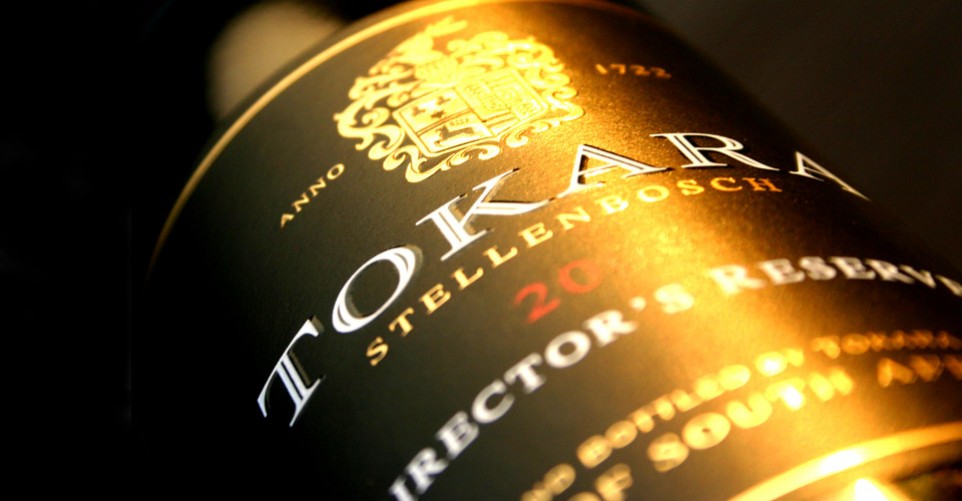 “I always said that if I were to apply for one job as winemaker it would be when the position at Tokara becomes vacant,” says Botha, who achieved a formidable reputation at Eagle’s Nest in Constantia. “So this is a dream job for me. Tokara is a jewel in the crown of South African wine. Nothing ever appears to have been done on a sub-par level. It smacks of a meticulous approach from top to bottom, and following in Miles’s footsteps is an honour as well as a terrific challenge.”

Mossop’s reputation as one of South Africa’s leading winemakers is largely built around his tenure at Tokara where he was part of a team that saw the wine vision became a reality and is inextricably linked to the brand’s total offering. Here, Tokara is firmly entrenched as one of the country’s leader in the quality stakes. Incredible red wines, based on Cabernet Sauvignon. At the top of the spectrum of the formidable reputation South Arica is garnering for Chardonnay. Brilliant renditions of Sauvignon Blanc, primarily from Tokara’s Elgin property.

The laid-back yet earnest and direct Mossop is matter-of-fact about his role as pioneer and long-term cellarmaster. “I believe we have achieved what we set out to do,” he says. “That is to produce some of the best wines in South Africa and to be recognised as world class. Quality, without compromise.”

Highlights? “Just being part of getting Tokara where it is today. That does it for me. From the beginning we focused on our strengths, not creating wines for the sake of the market, but wines true to the terroir we have and wines that we ourselves really love making and drinking. When you have this focus and commitment, the consumers recognise it and this is huge part of our current success.” 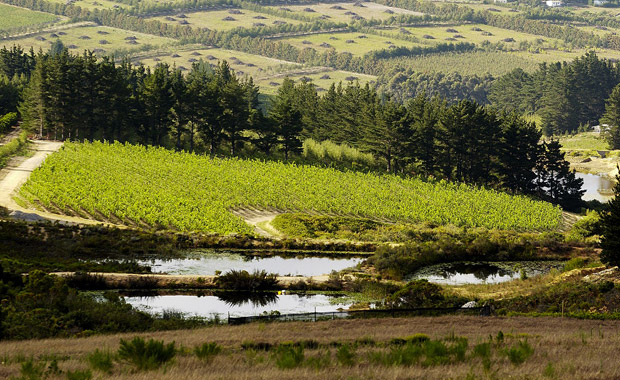 The talk turns to Cabernet Sauvignon, especially the success of Stellenbosch Cabernet and the current – and long overdue – revival this variety is undergoing. On Tokara you’ll find 23 blocks of Cabernet Sauvignon representing in 11 clones.

“Cabernet has been an integral part of Tokara since the beginning,” says Lambour who himself is a qualified winemaker with over 20 years’ cellar experience. “This is the Simonsberg, Stellenbosch and it is what we and the other producers here do best. It is about time this variety is thrust to the fore as something we do exceptionally well – not only for South African consumers but as an international calling card.”

Eager to prove his point, Lambour leads us to the tasting area, which is buzzing with visitors at 11 am. He selects a Tokara Cabernet Sauvignon Reserve 2014, wafts of cherry and pine-needle rising as the black-red wine splashes into the glass. “This is what South Africa offers the world,” says Lambour pre-empting my experience of the wine. “None of the overripe, overworked and ostentatious red wines styles the other New World countries are known for. Refinement and elegance and balance.”

He took the words out of my mouth as the wine is delicious with all the harmonious integration of a civilised red wine, seamlessly groomed yet with a tantalising juicy fruit core and a mesmerising feral edge of mountain grapes.

The Cabernet Sauvignon thread continues on the Directors Reserve 2013, Tokara’s flagship wine being a Bordeaux blend. Cabernet Sauvignon leads the way, but Petit Verdot and Malbec flesh out the dimensions, with Cabernet Franc offering a muscular, spicy grip.
In this wine, you smell the valley and taste the damp soil as the fynbos-scented breeze blows in off the rock faces of the Simonsberg, onto Tokara, on that day after the rains came.