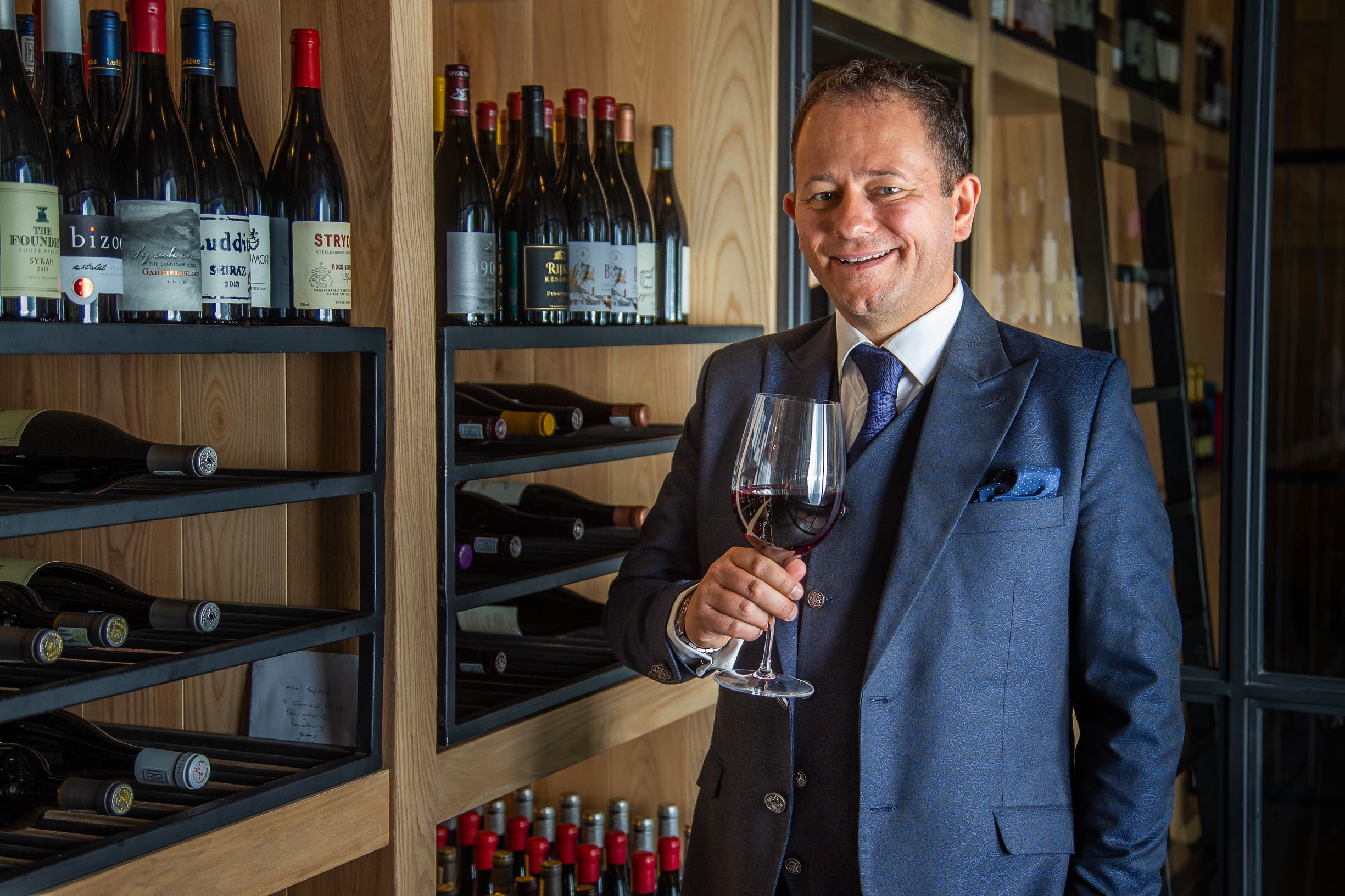 Never waste a good crisis, they say. But man, not a lot of anything positive for the wine industry is coming out of this Covid mess. Something I did notice, however, was the deluge of wine information coursing through the web-sphere.

From the day lockdown clamped in March, the country was hit by a wave of videos, writings and pictures on South African wine. Even a prohibitionist teetotaller without broadband could not miss the voices sending the vibes of local wine to the broader world. Wineries were marketing, opinionistas were opining and scorers were rating. And it was all about wine. Everywhere and anywhere.

When the wine industry eventually wakes up from this nightmare, it will find that the online lockdown action has created a new crowd of enthusiastic followers.

The undoubted leader of the talking pack, who is now arguably the voice of South African wine, is a lad from Belfast, Northern-Ireland who was schooled in Zimpabwe before heading south to study English at UCT. Dan Nicholl is best-known as a sports commentator and journalist due to his popular The Dan Nicholl Show on Supersport. But over the past five months, Dan’s been pushing three on-line wine inserts per week in which he has introduced new-, late- and all-comers to the world of South African wine like no-one before him.

Wines are discussed with winemakers, chefs and personalities. The inserts are as insightful as they are irreverent. And like the seasoned journalist he is – of which there are too few in the world of local wine – Dan strikes the perfect balance between communicating succinct and interesting information without sounding like a know-it-all ponce or a tasting note on winemag.co.za.

“It’s the oldest line in wine after vino veritas, but people get intimidated by wine and the language used to talk about it,” says Dan. “As journalist and broadcaster, I want to make viewers more comfortable with the subject’s nuances. If you can succeed in breaking down the intimidating barriers of wine-speak, you can make people more familiar with talk of vineyards, soil-types, wood maturation and fermenting. This makes it easier for your audience to get involved with wine. Having said that, wine must never lose that intrigue and mystery. Because that is what makes wine such an incredible journey.”

Dan’s journey in wine began, as it does for many, by chance. “I worked as sports editor at Independent On-line, and was always amazed that our lifestyle editor, Leigh Robertson, kept stressing about finding time for all the wine-tastings and launches she had to attend,” he says. “I let her know that if she ever needed anyone to take this enormous weight off her shoulders, well, I would be willing to help out. Of course, she asked me if I knew anything about wine. And without having a cooking clue on the subject, I told Leigh that wine was my great passion. That was it – next thing I knew, I was at a Stellenzicht wine tasting. The event was described as a Vertical Tasting, so I was pretty confused when it all took place in a ground-level tasting-room instead a few storeys up.”

Still focussed on sport, Dan began alluding to wine in his writing and on social media. Thus, in 2016, Stellenbosch tycoon Michael Jordaan showed Dan a video of  Gary Vaynerchuck’s frenetic and impassioned wine communique. “Michael said I should begin a wine programme in this vein – talkative, casual and expressive, and all wine,” says Dan. “So, I grabbed my production team from The Dan Nicholl Show to shoot a pilot, and well, there it was. In November 2016 Dan Really Likes Wine hit the internet.”

Dan’s new vehicle struck the local wine industry like a breezy unwooded Chardonnay on a hot summer day. The tone is engaging, witty and self-deprecating (a rarity in any wine communication) and Dan Really Likes Wine rapidly gained a keen following. But during lockdown and prohibition, during which people spent all their time on the internet when they were not burning effigies of Nkosazana Dlamini Zuma, the show’s popularity skyrocketed. “DRL now gets around 20 000 viewers per show, and I’ve also added two facebook chats weekly where the audience can engage.”

But to host three shows a week on a topic that is, let’s face it, not big on visual subject matter, remains a challenge. Yet Dan palms the button every time. How does he maintain the enthusiasm?

“Like The Dan Nicholl Show, it’s all about stories,” says Dan. “There is a story behind each and every wine. That little gem lying between the making of the wine, the terroir of the farm and the people creating it all. And viewers remember stories. They are more likely to cling to the story of Samantha O’Keefe arriving in the Boland from America, or the origins of the Blank Bottle ranges than to remember talk of residual sugars and ferment-temperatures.”

Dan’s learnt a lot over the past few years’ journey through wine. “South Africa is just an amazing wine country with a mind-blowing diversity of wine regions and excellent wines,” he says. “From Stellenbosch Cabernet Sauvignon, Hemel-en-Aarde’s Pinot Noir and Swartland Cinsaut…there are just too many awe-inspiring aspects of this industry to mention, and I am still learning with each week’s broadcasting. Of course, the wine people play a huge role in all this. They are as engaging, interesting and multi-faceted as the wines they make. South Africa is truly blessed in its amazing winemakers, viticulturists and marketers. They are ambassadors of which any country will be proud.”

Before international travel went to no-go zone, Dan travelled widely for professional engagements or social visits to Europe where his wife’s family reside in Greece.

“I’ve found South African wine in some very unexpected corners of the world – a Robertson red in a dusty spaza shop in a village in Laos, a Kleine Zalze chenin in a tiny wine bar in Malta, the Ernie Els Proprietor’s Blend at a restaurant in Santa Monica. That always puts a vonkel in my wyn. But what’s more important is seeing South African wine on top wine lists in London, Tokyo, Hong Kong, New York, Macao. Our flagship wines are increasingly being viewed in a similar light to celebrated wine from Bordeaux, Burgundy, Napa, Tuscany. That, in turn, lifts the whole industry, and has shifted the old view of South African wine being the sole preserve of the entry-level supermarket shelves. When the sommelier at a Michelin-starred restaurant in London tells you that Ken Forrester’s FMC flies out of his cellar at £85 a bottle, you know perceptions of South African wine are shifting in the right direction.”

And once the world is back, on a path of endless possibilities.