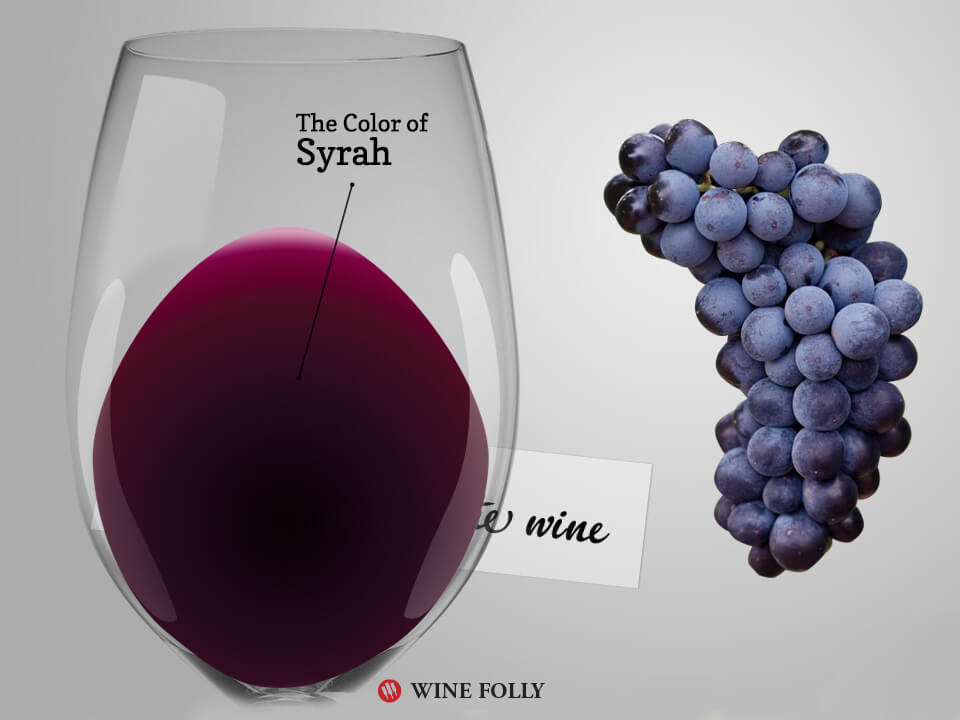 The hatches have been battened, creating inner-warmth in the midst of a glorious Cape storm. From the north-west, a bone-tingling wind bearing icy rain is blowing in from the Atlantic Ocean. Mighty seas pound the shoreline, creating walls of foam the colour of just-churned butter. The natural drama, visceral and intense, is calling for an internal drenching done by good red wine.

Before the evening’s Port wines, I am enjoying Shiraz. Its glow and rounded offering of flavour and texture of well-worn leather cowboy waistcoats add a hearty and spirited bright ness to the dark clouds outside.

Both the Shiraz I am drinking is crafted by some of my favourite winemakers. Experienced sons of South African wineland soils, diligent geniuses with disarming ease in the approach to the vinous greatness they are a party to.

Kevin Arnold is the first, his Kevin Arnold Shiraz 2016 splashing into the glass with dense wet sounds that can give some of the north-westerly rainfall a run for its money. The sound is followed by the aroma rising like an American Indian smoke-signal into the air, announcing the invitation to experience this dense black-purple elixir.

I know Kevin is capable of making some of the best Cabernet Sauvignon in the country, but to me he is the Bryan Ferry of Shiraz. Stylishly creative, with an energetic flair capable of re-jigging one’s perception of the grape.

The Kevin Arnold Shiraz is from Helderberg grapes growing on the Waterford property he steers to such efficient perfection. The earth and climate do the talking, the terroir as they call it. Maturation is only committed to in older French barriques – 4th fill and over. Whole-berry ferments, placid extraction, less pump-overs than found in the sex life of a Trappist monk.

Stupendous, that is the result of all this. The wine has a raw, primal aroma of things grapey and of the vineyard. Like the late red bunches missed by the vineyard-pickers, that are found in May and which you then crush between your hand, sap running and cloying to your skin. An unfettered deliciousness from the earth. 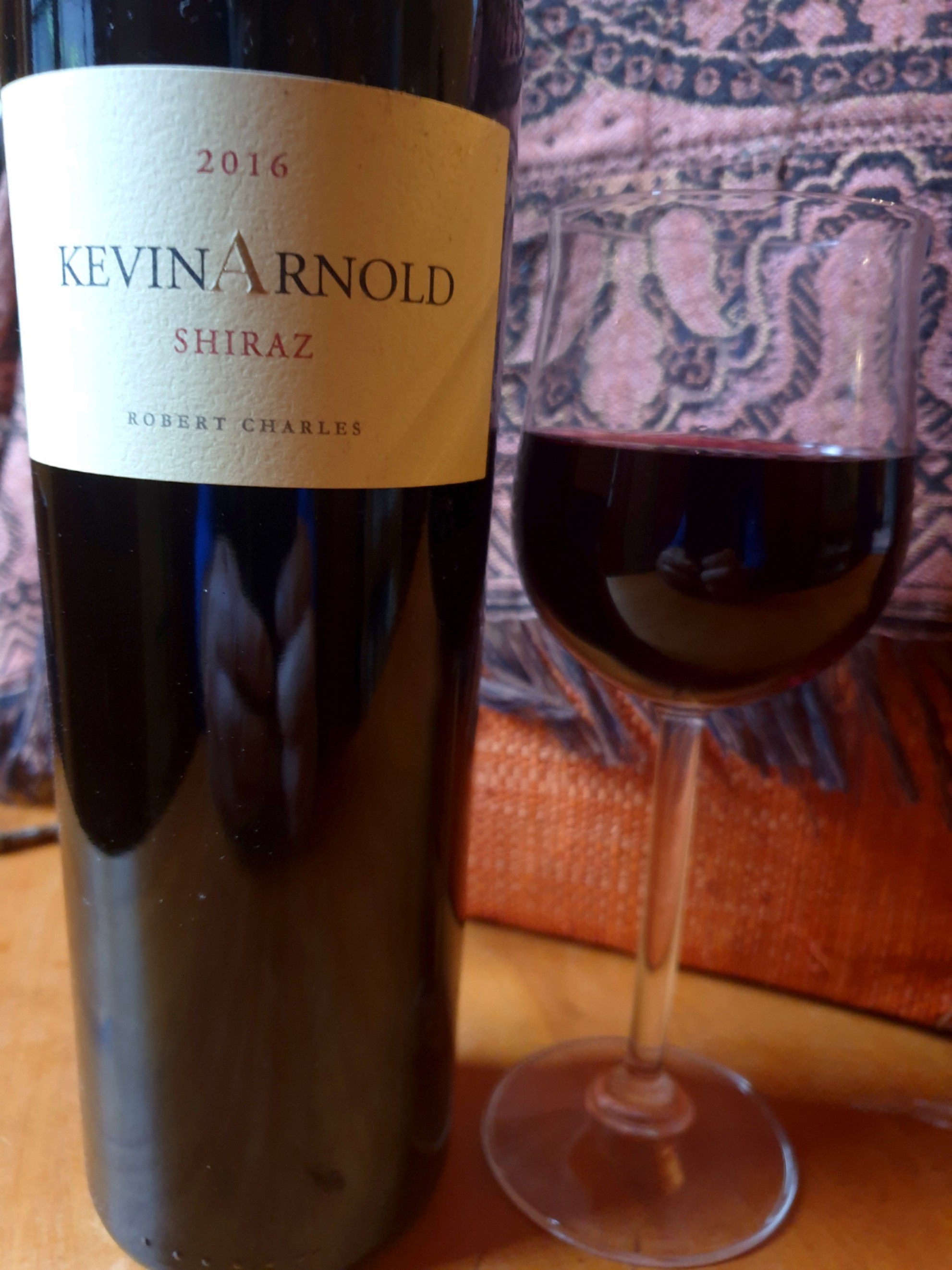 On the palate, the Kevin Arnold Shiraz 2016 attacks with unshowy, yet presentable, confidence. The initial impressions reflect what the aroma has led one to expect: a taste of small red grapes, turned into the magic that is wine through the mysteries of fermentation. Then the next level of flavour takes over as this reaches the mid-palate. Dark, juicy plums and crushed mulberry; a sprinkle of cardamom that has dried in the warm ocean breezes off Zanzibar; wet Havana cigar and a savoury edge of 36-month-aged Pada Negra ham. All this wrapped in the scuffed leather coat of refined red wine elegance.

Everything one would expect from a Kevin Arnold Shiraz, and then some.

Shiraz numero duo, and for this I open bottles from the outer-edges of the Swartland. Org de Rac, on the slopes of Piketberg mountain, and one of the South African pioneers of organic viticulture.

It is Shiraz country here, the red, gritty iron-rich soils and the dry summer heat allowing the grapes to take-on the muscularity and small-berried sappiness the variety is known for. Org de Rac Reserve Shiraz 2017 is a savagely beautiful wine, made by the property’s grizzled genius winemaker Frank Meaker. Frank’s been in the game for over 40 years and is one of the most naturally talented vignerons I’ve seen in action. Watching him manage extraction and pump-overs, direct the racking and maturation in the barrel cellar and call the time to pick in the vineyard is like seeing Robert Plant command the Led Zeppelin unit into one perfectly harmonious whole.

The Shiraz of Org de Rac is planted on a south-facing slope, allowing the westerly breeze from the Atlantic to flow between the vines. The wine is matured in 70% new oak, with an American component riding shotgun to the French wood.

To the nose, Org de Rac Reserve Shiraz 2017 elicits a scent of fynbos and dust, complemented by a pronounced violet note. On the palate, the wine is muscular. Tannins are rigid and expressive, acting as a taut line upon which to peg some supremely wonderful wine flavours. Like the sour cherry, crunchy and moreish. Deep dark prunes arrive as the wine settles down, flowing smoothly now and offering so much more: Ripe blackberry and fig paste; a thrilling gaminess of stewed impala loin; a vibrant, fresh wad or summer rhubarb scented with cloves and nutmeg.

A wonderfully confident wine, filled with wisdom and charm. And a warm heart-beat, combining splendidly with the storm outside. Which blows.