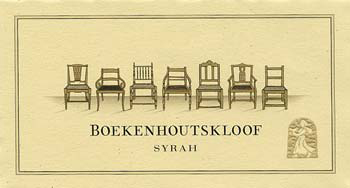 One personal reflection on this historical state of lock-down has been me taking more time to, as they say, stop and smell the roses. Because there is a lot of time at one’s disposal, increased by the limitless uncertainty of the world to come, I find myself savouring and reflecting and thinking about things that add meaning to existence. A phrase from Hemingway is mulled-over, re-read and thought about. When Donald Fagen sings “Third World Child” from Steely Dan’s seminal Gaucho album, I smell that “bunker filled with sand” see those burning “bright eyes”. There are things I find in the paintings of Paul Gauguin that, a thousand looks later, send my heart racing at their dazzling and evocative beauty.

Of late, drinking wine has been like this, too. For I have always been a thirsty man. A chilled bottle of Chardonnay or Sauvignon Blanc hardly touches sides on a warm autumn day. Even an aged, blue-chip Cabernet Sauvignon requires three glasses of slurping before I begin to get a handle on its flavour profile. Drinking deep and wide has been my mantra, otherwise why bother drinking wine at all?

The easier pace and all-round greater awareness of the indeterminable life ahead has, however, brought a sense of responsibility and appreciation when approaching wine. How long it is going to last is anyone’s guess. But for the moment, I have found a new wonder at wine, one bordering on the magical. Up until now, I have grown to accept its presence without question. Bottles and glasses have always been about with the ubiquitous presence of a lit fireplace in winter, a droning television set and a snoring dachshund.

Now I find myself approaching wine with a professorial concern, virginal amazement and wonder.

Sure, it helps to have a few bottles around that are worthy of such scrutiny, a few of the great Syrah of Boekenhoutskloof being among the mentionable.

The current stash includes the 2017 vintage, one of the first Boekenhoutskloof made exclusively from grapes grown on its Swartland properties Porseleinberg and Goldmine. The binary combination of noble Syrah grapes and the earthy, hard-edged Swartland geography is always found to be dramatically expressive. The 2017 vintage makes this more so, as the Swartland then found itself in the eye of one of the worst droughts in Cape wineland memory.

So the Boekenhoutskloof Syrah of 2017 is accosted with plenty of attentive back-stories: the raw, primal landscape; relentless and stress-filled drought; the gifted nature of Marc Kent and his Boekenhoutskloof team who have been creating wines of individuality and style for close on a quarter-of-a-century with efficiency and deceptive ease.

For me, good Syrah’s gift is that of providing satisfaction. An all-rounded sense of fulfilment, that feeling of having sipped from the cup of life leaving you sustained for the road ahead, together with the memory of having had something truly good.

With the Boekenhoutskloof Syrah 2017 it begins with the colour, inky and purple, with a ring of ruby and blood on the edge. Raised to the skylight, the glass remains dark and dense, broody as the black-clad widow of a just-killed Mafia boss.

Nose is important to Syrah, a determiner of the resulting satisfaction. Or not. Here, this wine was undergoing evaporation due to the time I spent sniffing it, drawing deep nasal breaths of vinous intoxication. There is an open, dank autumnal smell of fallen mulberries, fruit-flies buzzing around the nectar seeping from the black fruit. Savoury, too. The greasy yellow fat of a five-year matured Pada Negra ham provides an aromatic reference, with a hit of sun-dried pimentos lurking in the rear. But these are thoughts upon which to hang assumptions – the major effect is the aroma of a fine red wine.

To the mouth, and the wine flows straight and true. The attack on the palate is coaxing and coy at first, but it soon rumbles on, bursting with dramatic confidence whilst at all time maintaining a luxurious presence of sleek politeness. Texture drives flavour, for me, and here the Syrah is harmonious in the opulent mouthfeel’s complementing a range of gorgeous tasty things. The perfume carries through to the flavour, with bramble berries, maraschino cherry and dark fruit commanding the bulk of the presence. It is broad, this wine, the fruit elevated with evocative notes of fresh spring water and mossy river pebbles. This invigorating freshness lends a bright glow, perking the density of concentrated tastes and the firmness on the palate. It lives.

With all this, an exotic touch gives the Syrah an exotic, edginess. Just-milled Zanzibar clove stirs the mid-palate, while a touch of herbs, dried and broken, has one hearing the stirring cacophony strung by the randy cicadas of Provence in the middle of a hot summer’s day.

And the great thing is, once the first glass has left this on your mind, you get to pour the second and start all over again.

2 thoughts on “The Wonders of Boekenhoutskloof Syrah”