The Bateleur is, of course, one of the few South African white wines that can lay claim to legend-status. Its individuality and refined expression of the complex DNA that is Grape Chardonnay has garnered a mythical reputation. Consistent quality, underscored by discernible vintage variation, creates good things. But the Bateleur also comes with the bonus of being part of South African wine folklore. In that, the vines set in that patch of Robertson soil on the De Wetshof estate can all claim to be related to a famous Chardonnay vineyard in Burgundy. 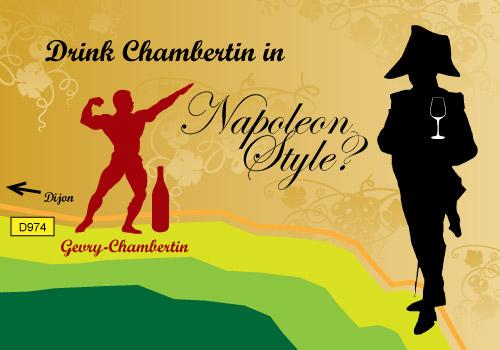 It is by now tired news that Danie de Wet of De Wetshof deployed a bit of underhanded methodology in illicitly bringing Chardonnay plant material to the Cape before the approval of this noble variety’s planting. But little is said of the specific origin of the contraband.

That origin is a vineyard called Clos des Mouches, set in the southern end of the Burgundy’s Côtes de Beaune appellation, next to Pommard. The vineyard has been owned by the Drouhin family since the 1920’s. Its 14ha of blue-blooded Burgundian turf is planted to Chardonnay and Pinot Noir from which splendid Premier Cru wines appear under the Joseph Drouin label.

Mouches means “flies” in French, and in the days of yore, the vineyard was alive with the buzz of bees (honey-flies), hence the name. The soils constitute clay, limestone, broken rock and marl, and vineyard planting is dense at between 10 000 and 12 000 vines per hectare.

De Wet’s partner in bringing plant material from Burgundy to South Africa, was Jan Boland Coetzee, who in 1981 found himself working for Joseph Drouhin after he departed from Kanonkop. Jan himself made the cuttings from the Clos des Mouches vineyard, making certain to snip in the cold winter months when the sap had withdrawn into the murky, mysterious vestiges of wonder that is the grapevine.

The vines were muled back to South Africa from Burgundy by Fritz Joubert, a South African journalist who had been visiting his friend Jan.

Back on De Wetshof, De Wet and his viticulture consultant Desiderius Pongrácz propagated the Clos des Mouches material from which a further selection was made to plant onto rootstocks. This was finalised in the winter of 1987 with the birth of the Bateleur vineyard. As it stands today, the Bateleur vineyard is on 3.5ha of turf, carrying a total of 13 600 vines.

The release of the first vintage from the new vineyard – 1991 – was coming up, and De Wet still had to give his prized new Chardonnay a name, and a number of proper nouns and phrases churned through his head. But sitting in the Kruger National Park during a holiday, he saw a Bateleur eagle drifting majestically through the sky. And knew, that was it.

Having always been fascinated by the umbilical cord shared by Clos des Mouches and Bateleur – especially after walking the Burgundian vineyard a few years back – I have been making attempts to find a tangible connection between the two wines. Common physical traits are the presence of limestone and gravel, although the Clos des Mouches vineyard has a firmer clay structure. The difference in plant density, obviously, plays a role. As does the climate. Moody, tempestuous and ever-changing weather of the Côtes de Beaune to Robertson’s more definable windy summers and cold, dry winters.

A while back, an opportunity presented itself to drink the wines from the Clos des Mouches and De Wetshof Bateleur alongside each other. Both from the 2009 vintage – very good for whites in Burgundy; superlative in the Cape. The results were astounding.

There was a profound difference in structure and presence. Bateleur had a firmer, more commanding presence with clear wedges of green quince, a shred of lime-peel and succulent pear notes. There was a stony saltiness, one of Bateleur’s primary features, on the finish as well as that impression of stern, upright vigour the wine is known for.

The Drouhin Clos des Mouches 2009, on the other hand, had a delicacy that began on the nose with a beguiling sniff of honey-suckle and hay. It was cooler on the palate, with gentler fruit edging towards the hazy realm of tropical.

But there were features of startling commonality from these other brothers from the one mother. Both wines exuded a cool and commanding classic appeal. Regal, refined and royal. Both wines had an amazingly focussed balance between fruit and acid, with the beautiful Chardonnay characters of white flowers and fresh nuts lurking throughout the presence in the mouth. The two wines each spend a year in wood, which only adds purity to them both. While the Bateleur’s finish is to the tune of Wagner, Clos des Mouches is to Beethoven, being both dramatic and joyous at once.

I am now drinking the De Wetshof Bateleur 2016, still a kid. But it is bold and special, worldly and exciting. With every sip I’ll pay homage to that vineyard in Robertson and the place of flies back in Burgundy. Because from up here, the view is just fine.