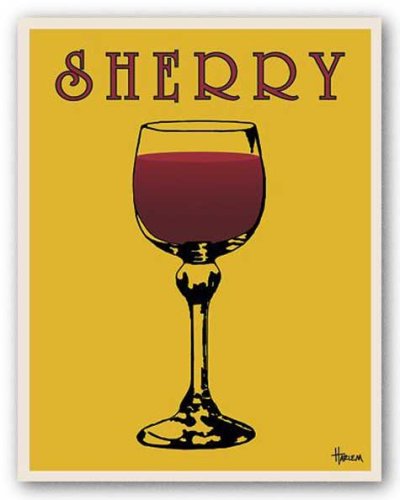 With my sherry consumption taking its annual steep upward-curve during the Season of Goodwill, I was reminded of the quaint story outlining the manner in which sherry-making began in South Africa. It involves a thing called flor and a handkerchief. And a Cape wine legend by the name of Charlie Niehaus, a brilliant oenologist known for his scientific approach to wine-making and the guy who also made Roodeberg for the KWV.

As the legend goes, the Cape wine industry was in the 1930s desperate to get into the act of making sherry. However, sherry needs exposure to flor, a unique yeast that covers the surface of wine. Flor is formed naturally under certain winemaking conditions from indigenous yeasts found in the Jerez region in Spain’s Andalusia, the traditional home of sherry. It is this aging under flor that gives sherry its characteristic and delicious hit of oxidised saline nuttiness.

The major frustration among South African cellars thus wishing to enter the sherry industry some 90 years back, was the absence of flor. No flor, no sherry. Nada. And flor, he only live in Spain.

But the Cape started churning out sherry in the 1940s, and in the days when this beautiful wine was still in great demand, sherry played a major role in the local industry. Just how the treasured flor yeast got into the country is the stuff of legend surrounding our Charlie Niehaus.

For generations the story went that in 1932, whilst studying oenology at the famed Geisenheim Institute in Germany, Niehaus found himself on a trip to the sherry houses of Jerez. He was well aware of his homeland’s sherry predicament, namely the lack of a strain from which to cultivate the all-important flor yeast.

So, it is told, that while visiting a sherry cellar, Niehaus slyly dropped his handkerchief into a vat filled with sherry fermenting under a lovely blanket of flor yeast. He removed the handkerchief, placed it in his pocket and hot-footed it back to Geisenheim. With the mother strain dried-out in his handkerchief, Niehaus set about cultivating his own flor, taking it back to South Africa where the yeast was made available to the KWV, who began making sherry.

We do like us a bit of smuggling and subterfuge, so this tale about Niehaus putting one-over the Spanish and stealing their flor provided for colourful conversation and a bit of discreet chest-thumping by industry-players.

Sad to say, this story ain’t true. Niehaus himself refutes this legend in the book RU Kenney wrote on Abraham Izak Perold and published in 1981.

The first part is partly accurate, namely the trick with the handkerchief in the sherry house. “The day came that I could no longer curb my temptation, and while tasting sherry still covered with flor, I tipped the contents of the tasting-glass onto my handkerchief,” Niehaus says in the book. “Back at my hotel I cut-out the patch of cloth that had been in contact with the flor, packaged it in as sterile a condition as possible and sent it from Spain to a friend at Geisenheim.”

However, back in the laboratory in Geisenheim, Niehaus’s stolen flor turned out to be useless: the yeast strains had died. The reason – in those days laundries used boric acid to disinfect clothing items. Niehaus’s freshly laundered handkerchief obviously still had some residue of the potent boric acid, which instantly obliterated his preciously pilfered flor cells. Thus, there the legend of the sherry handkerchief ends.

However, Niehaus remains the father of South African sherry.

“The owner of a sherry house in Puerto do Santa Maria agreed to send some flor strains to Geisenheim. But just as I was settling down to study the yeast and cultivate my own, I was called back to Stellenbosch to take-up my academic duties at the University’s Agriculture Faculty at the beginning of the 1933 academic year. Further research on flor took a back-seat, but I did take the four flor strains sent from Spain back to the Cape with me.”

Leaving replicas of the same flor strains behind at Geisenheim, Niehaus returned to Stellenbosch. Within weeks, however, his Geisenheim professor was on the line from Germany. The professor had done studies on the flor strains that Niehaus had left behind and the German had found the yeast was the real deal, ideal for sherry making. He advised Niehaus to get cracking.

“I subjected some lightly fortified wine to the yeasts I had carried back and found they formed a perfect film on the wine, and could thus be identified as genuine flor. So it came that in the harvest of 1933 the first example of South African sherry was made in 16 litre wood barrels in the cellar of Welgevallen in Stellenbosch.”

Niehaus, whose speciality was microbiology, was not about to accept the fact that flor could only originate in the cellars of Jerez. “During my visits to Spain I became aware of the strong similarity between the macro-flora of Jerez and that of the Cape winelands. If this were the case, the micro-flora must be similar too. So if flor can develop in Spain, surely the strains are present here as well?”

During the harvest of 1934, says Niehaus, he began looking for the presence of flor and was able to isolate 18 different flor strains from young South Africa wines.

And here’s the kicker from Niehaus: “Over years of experimentation I found that certain of these South Africa flor yeasts delivered better results than any of the original Spanish strains.”

Perhaps not as romantic as the handkerchief, but an ending that resonates.