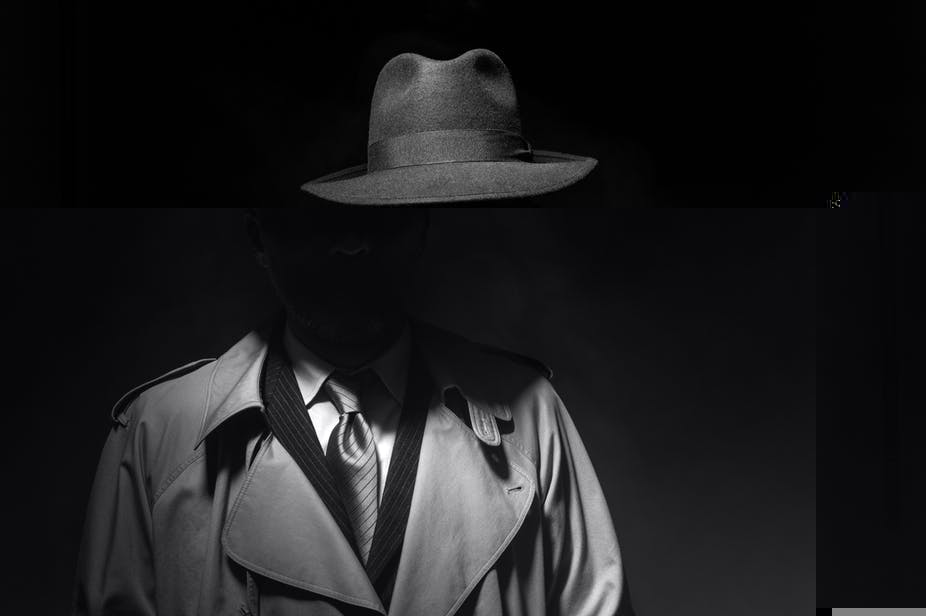 So me and Frankie the Juice are not hot-footing it back to the Big Apple after our unsuccessful attempts to track-down this bunch calling themselves the Stellenbosch Mafia so as to politely enquire as to their relations with the Mob. No, we are still holed-up in the Cape on account of an assignment we’s got from the Don’s neighbour, Sockeye Salvatore, the job being to go and whack a Ukrainian gangster in a joint called Sea Point.

It was pretty easy and all, as the Ukrainian wise-guy goes jogging at dawn without any muscle for protection, so it was a pretty easy hit courtesy of The Juice’s on-the-button shooting, although stashing the body was a bitch as the guy weighed like a double life-size bronze statue of Lenin or Stalin or whoever it was that led them Commies.

We drove around Cape Town for a while, and by 10:30 my and The Juice’s stomachs were rumbling, sounding like a Bob Dylan unplugged song, as there’s nothing like a hit-job on a nasty bad guy of Eastern European descent to make one work-up an appetite. So we head back to Stellenbosch, perhaps it’s a day the Stellenbosch Mafia are away from their bonsai gardens, volcano mud spa’s and decaff lattés. I’m thinking steak, and The Juice concurs so we bee-line for a joint by the name of The Fat Bucher, just across the road from the Decameron spot we had clam and black pasta at a while back.

The Fat Butcher is my kind of place, lots of wood and seats in booths, booths being always good at preventing an eager nemesis from stabbing you in the spine with a steak-knife. The menu has burgers and squid and salads and stuff, but we want meat and we want it now, but the waiter says an appetizer is good and sells us each a portion of sheep-tails, a South Africa delicacy of sorts. 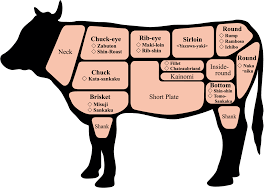 For wine I procures us a bottle of blood red Kanonkop Paul Sauer 2015, me becoming a connoisseur, like, ever since I dated Miracle Martino’s youngest daughter who has done a sommelier course when she wasn’t driving the getaway Mustang for her three brothers who do serious jewellery heists around Atlantic City.

We work on the sheep-tails, all nice and fatty and greasy and with a real meaty flavour enhanced by some pretty exemplary barbecue sauce. The wine, a Cabernet-led blend, does some magic with that taste of meat and the grease, and I’m thinking to The Juice that perhaps we gotta speak to the Consiglieri about staying here in this country a while longer, like. We sucked every bone in the lamb-tails drier than the look my mother gave me when I told her I was joining the Mafia and was not becoming the geography teacher and choir coach she’d wanted me to be after my old man crossed Louis Three Thumb Mangolini, losing his neck in the process. 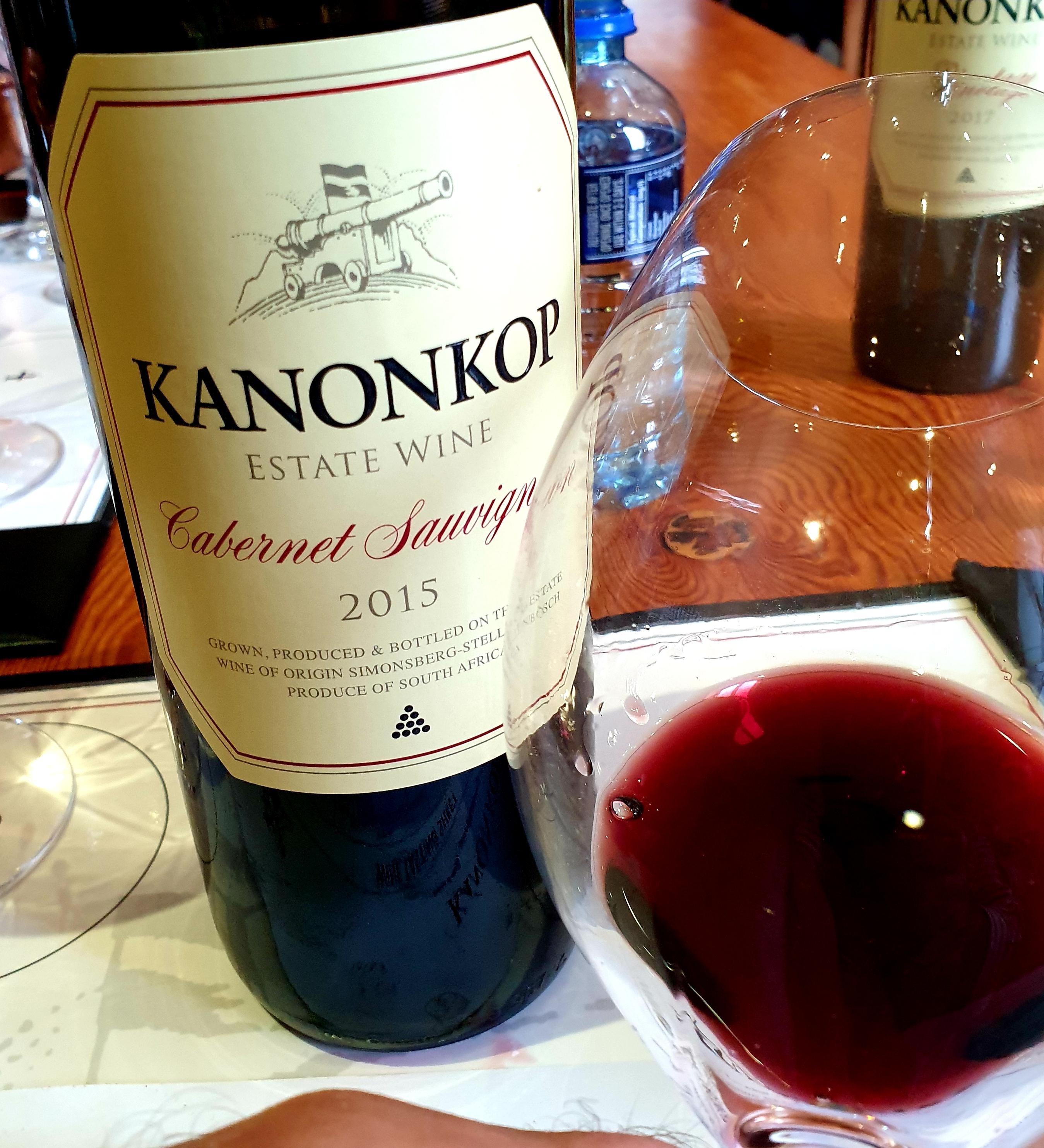 The steak is a choice from the menu, and I’m thinking T-bone or sirloin when the waiter hauls over a plate topped with a pile of dead cow that gets me salivating, although the lamb-fat is still caking my jaw. The waiter’s talking New York strip and Côte de Boeuf and picanha, and me and The Juice order the picanha for two. Some 800 grams of pure beef, that’s the story, rare as blood and no sauce but with extra fries.

Meanwhile we drink more wine, man it’s good, we just gotta take a coupla cases back to New York for the Don. But we’s is told the Kanonkop Paul Sauer 2015 is not available no more, and me and The Juice just laugh, like, “not available” is something a real Mafia is going to accept. Stellenbosch Mafia, maybe. But you’re talking about us, us the Bandini family, so get outta here, will ya?

So the steak comes, a huge plate, and The Juice picks out his Sardinian stiletto knife that has been known to end the breathing of a good number of Mobsters and with which Frankie makes bloody magic. He cuts the steak in two and we get working on the pound of steak each.

Probably the best steak outside of the City, I guess. It’s got a good char on it, not too dark so as to offset a bitter-burnt taste, but enough to seal the juice and add colour and flavour. The meat is juicy, red and rare, just the right amount of seasoning in the form of salt and pepper, nothing more asked and nothing more given. As you bite the meat, warm fatty juice and blood spurt into the mouth ensuring that when you get to the chew it is all moist and delectable and meaty-sweet.

We’re having a great time and another bottle is opened, and when the plates are empty we put the French-fries in the plate to mop-up the meaty juice and get working on that. 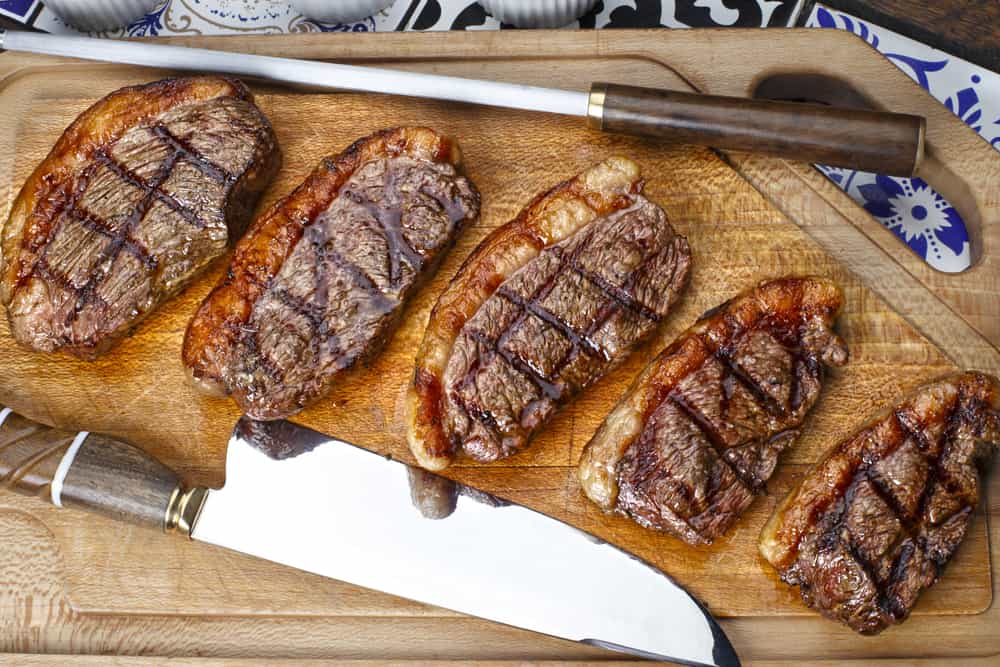 Then he walks in. It’s one of the Stellenbosch Mafia we’s recognise from the cover of the book and he’s all smiling an’ air-kissing the manager, him wearing a yellow golf shirt and – get this – kaki chinos, looking like a Brooke’s Brothers Senior model. But a Mafia…. come-on guys, Pieter du Toit you wrote the book. You call a guy a gangster when he looks like someone on his way to the dog-show where he’s showing his Maltese poodle in the fancy-dress section? Get outta town.

The Juice is laughing so much he needs dessert, ordering cheese-cake while I decide a sugar rush is required with the sticky toffee pudding I consider asking the waiter to send over a strawberry milkshake and a lollipop for that guy in the sun, the one in butter-cup yellow. Mafia my ass.

The toffee was sticky and good, and if I gotta die, diabetes is alright, if I don’t die laughing right now.