Icy rain pelting down over Stellenbosch and a wine cold enough to freeze the heart of a twice-divorced Texan housewife, this was no ideal day to go tasting Sauvignon Blanc. But when Erica Crawford from New Zealand is in town you’ll dodge polar bears to get a hook on those steely, bracing wines from Marlborough.

Ex-Capetonian Erica is a quiet force in the Kiwi wine industry. The former medical researcher headed to the Land of the Long White Cloud in 1990 to join husband Kim, a New Zealand winemaker whom she had met while he was doing a stint in the Cape Winelands, including Backsberg. In Auckland the Crawfords found themselves at the beginning of the wine world’s interest in New Zealand and began the Kim Crawford brand out of their garage in Auckland.

Riding the wave of Marlborough Sauvignon Blanc into the USA, Kim Crawford grew to be the biggest Kiwi brand in the States, with Erica taking care of the hustling and marketing while Kim’s technical and precise eye kept the clean and focussed Sauvignon Blancs flowing. The Crawfords sold to Constellation in 2006 and a new project called Loveblock is concentrating on terroir-driven offerings, including a peak into organic wines.

Much has been made of Marlborough’s ability to reflect thiol-levels (tropical fruit nuances) in their wines, a result of the region’s terroir. “You’d really have to be stupid not to make a decent Sauvignon Blanc in Marlborough,” says Erica, pointing out the southerly latitude (41.5°S), the gravelly, well-drained soils and the level of sunlight radiation the lower lands have.

The first thing that struck about the Kiwi line-up was that, with six of the wines poured, the room was not smelling like a gooseberry-jelly canning factory or a new granadilla scented Aramis cologne. The Graywacke 2018 showed some thiolic thrust, but the other five Marlborough Sauvignon Blancs were exuberantly fresh dry white wines without the over-concocted, in-your-face cat-pee and asparagus that has in some circles began to symbolise New Zealand Sauvignon Blanc. 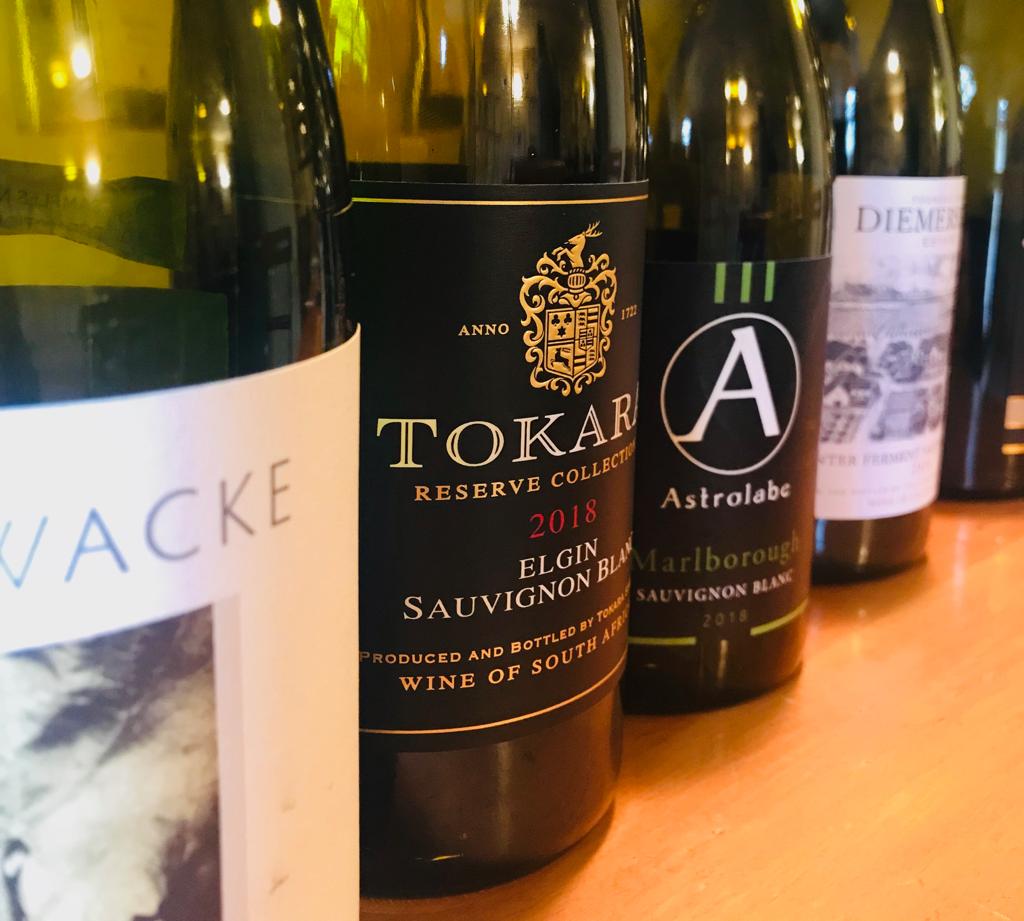 Of course, the fact that barrel-fermenting and wood-aging is being more commonly used in New Zealand than before must be playing a profound role in this. The Giesen “The August 1888”, Loveblock and Cloudy Bay’s stupendous Te Koko were more in-line with Sancerre from the Dagueneau mould than the New World fruit-bombs with which that country is associated.

The Giesen is comparable to any great white wine in the world. Site-specific from Wairau Valley, the wine gets the whole-bunch press treatment with fermentation and aging in 1000l old foudres as well as used barriques. And at five years of age, the wine underscores the fact that yes, Sauvignon Blanc does age. And ages well. The wine has salty, herbal notes on the approach to the palate, broadening to reveal layers of honey-comb, dried flowers and white China pear. Fresh and life-affirming all the way, the wine ends long and broad with a lively crisp flash as the final swallow disappears.

Erica’s own Loveblock 2018 is also site-driven, here be with organic vineyards in the Awatere Valley on soils of intense alluvial loam. Natural ferment. A portion fermented in wood, with malolactic fermentation a part of the offering. This was the second time I’ve had this wine, and once again I was intrigued by the texture and palate-weight. The wood and malolactic, plus the stringent fruit-selection process about which Erica is obsessive, gives depth and presence along with real deliciousness. A lot of grapefruit on this wine, zippy white flower and almond blossom, with the wood imparting a fascinating thread of dried spices. 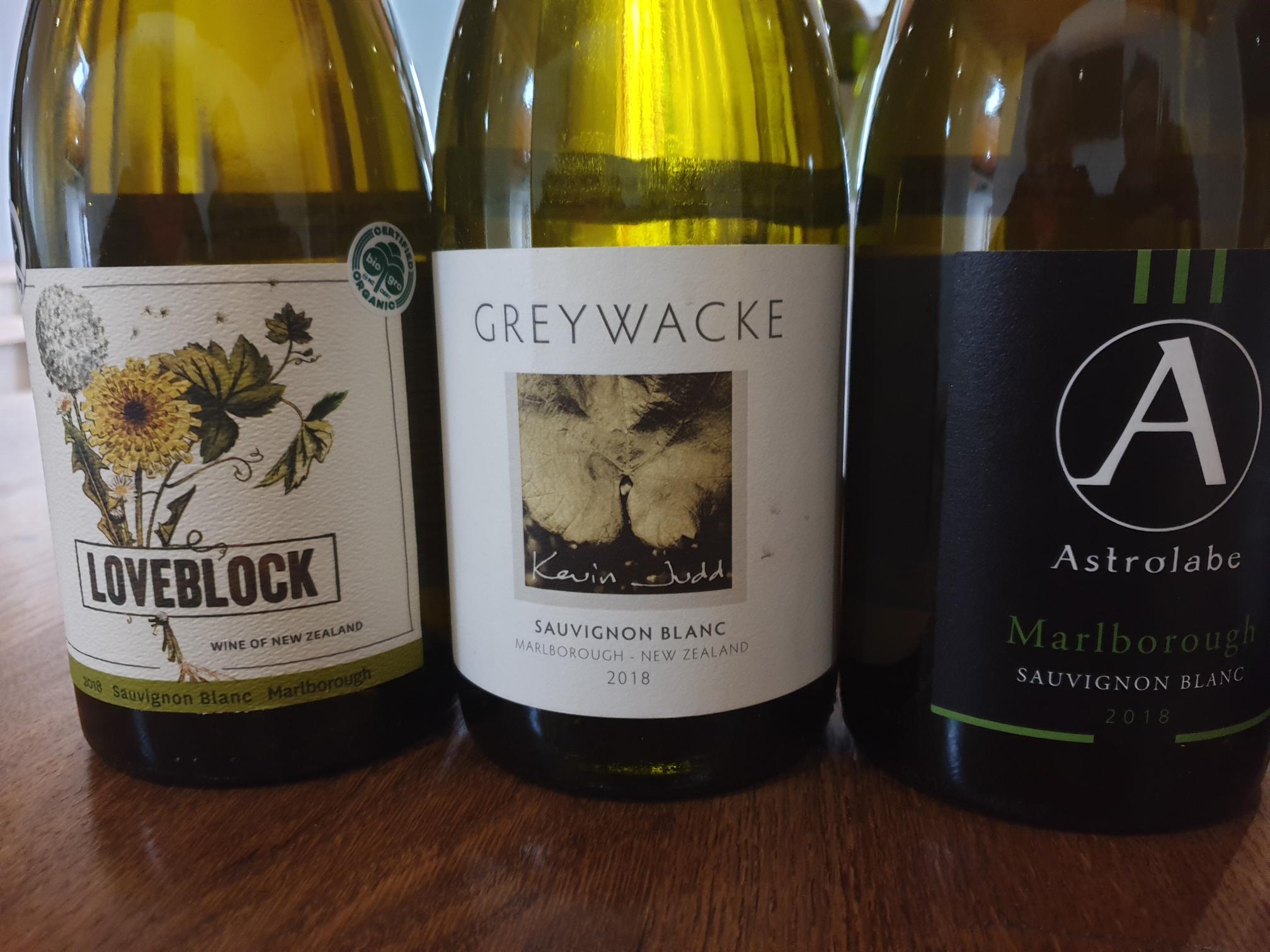 Te Koko is the flagship of Cloudy Bay, the winery that catapulted New Zealand Sauvignon Blanc into international stardom in the late 1980s. This tasting featured the 2015. And what a wine.

After hand-harvesting (uncommon down there) the juice is sent to barrel (5% new) for spontaneous fermentation and aging of around 15 months.

The result is a classic white wine in any language, standing on its own and carrying a fingerprint of unique originality. Those loud, ostentatious thiols of the younger, rawer Sauvignon Blancs have been evened out into a mannered and polite layer of serious wine characters. A lean nose of crushed clamshell, oregano and pear-juice. On the attack, the wine immediately cloaks the whole palate like the All Black cover-defence, lying there briefly before opening-up to provide a symphony of brilliant flavours. Some Chablis-like cool steel meets Sancerre floral bloom; a savoury touch opens into a whisk of buttermilk before citrus zest lights-up the world around you.

The South African line-up of Sauvignon Blancs brought the country’s major calling-card to the fore, namely diversity. From the sandy vineyards of the West Coast on the edge of the Atlantic (Fryer’s Cove) to the cool hills of Elgin (Tokara) and the sunny slopes of Durbanville (Nitida, De Grendel and Diemersdal), the country is making a riveting selection of wines of individual expression. 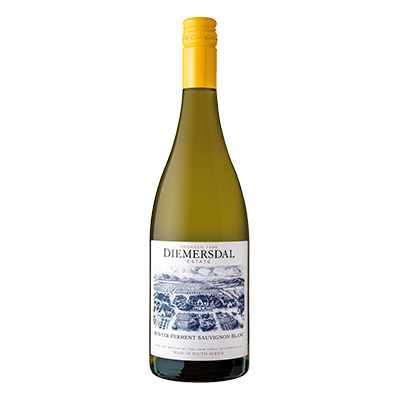 Diemersdal’s Winter Ferment 2018, using the thiol-boosting procedure of freezing juice before fermenting four months later, showed delectable expression of tropical fruits anchored by a zesty lively core. Fryer’s Cove, unsurprisingly, washed-up an array of maritime nuances including clam shell and kelp along with a crisp run of litchi and passion-fruit. De Grendel’s Koetshuis was deft and polished with serious structure and a limey finish. Zalze Vineyard Reserve 2017 from Kleine Zalze brought that dense rhubarb leaf, bergamot citrus and rounded finish of Darling fruit to the party.

Two great Southern wine countries, two fantastic line-ups made from a grape commanding world presence in the market-place. With New World Sauvignon Blanc grabbing so much international share-of-throat, this variety has the potential of leading South Africa’s ambitions of attaining a greater global presence for its varietal wines, and at better prices, than is currently the case.

Until then, the rain and grey clouds continue.