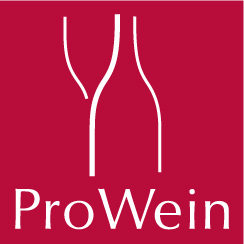 According to Manfred Varkvölen, owner of the restaurant Das Essen in downtown Düsseldorf, extra supplies of schweinshaxe are brought into the city for Prowëin, as the thousands of visitors from over 120 wine countries have shown a particular liking for this roasted piece of pig’s foot, a pinnacle of German gastronomy.

“This year, however, I and the whole street of restaurants around me was cleaned out of schweinshaxe by Monday afternoon, the second day of Prowein,” a distraught Varkvölen told the WineGoggle News. “And it was the South African party who showed relentless destruction of our schweinshaxe stocks, at Das Essen as well as in the whole region. Usually the Georgians and Ukrainians clear us out, but never to this extent.”

Varkvölen said the pork-hungry South Africans had cleared out two days’ stock in a matter of hours, resulting in fury among his local German clientele popping-in for the traditional 2-for-1 Monday Night schweinshaxe special.

“Don’t they have pork in South Africa?” he asked. “It was a sight of culinary devastation. All eating and drinking, and waving green shirts with signs of the springbok on them. Singing some songs, too and laying into the haxe. I had winemakers from a region of Robertson ordering three haxes a piece and a party from Stellenbosch took home take-way hocks after devouring one each. It was crazy, not even the German army who survived the Siege of Stalingrad were this hungry. After the South Africans, all that remains in my restaurant are two half-full jars of mustard, a cabbage and two empty bottles of pear schnapps.”

Bettina Wulpskuchen, president of the Düsseldorf Culinary Society, said that the city looks forward to welcoming the wine world to Prowëin each year.

“But like all our foreign visitors we have a number of requests, ja: Do not laugh at the lederhosen or make jokes about Angela Merkel’s hair-style. No mentioning of Brexit. And don’t eat all the schweinshaxe,” she said. “Those familiar with German cuisine will know that we don’t have much exciting to choose from, with the haxe being a favourite among locals as it is among those visitors to Prowein. Now that the South Africans have cleared out the haxes and we are waiting for more pork, I and the rest of the city have to live on currywürst  and sauerkraut until next week. Think about that for a while.”

A representative from Grapes of South Africa (Gosa) defended his countrymen and women at complaints dissing their appetite for haxe.

“Prowein is a highlight on the international wine calendar, and our industry supports this show with great enthusiasm,” he said. “We have always appreciated the warm hospitality and generous humour of the local inhabitants of Düsseldorf, with the offerings of schweinshaxe being an integral part of it all. We can, however, in no ways be held accountable for the shortage of roasted ham hocks, however, and this is one aspect about which the South African industry is not prepared to show any guilt or remorse.

“We have a go-big or go-home approach, and in this instance it was just big man, just big.”

At an urgent EU meeting yesterday to discuss the unfolding situation in Düsseldorf, it was decided that France and Portugal will be air-lifting emergency supplies of pork hams to Germany to offer some relief.

“This while the South Africans go home to their lamb and beef barbecues,” said Varkvölen. “They left us in crisis, but I’d admit they also left behind some very good wine. But what is all this Pinotage without a schweinshaxe to enjoy it with? Nein, nichts.”