Oh but would the wine world not be so much the poorer without dreamers, visionaries and the adventurous spirited. Those men and woman shunning convention, their untameable obsession with the growing of grapes and the making of wine taking them to new, uncharted regions of this earth of ours. Exploring, discovering and making wine in new geographical frontiers.

Sure, it don’t always work out, but when it does the gamble and the risk pays off with joy to the winemakers as well wine-lovers who get to taste and drink the new and unique.

My most recent wine hero is David Trafford from Stellenbosch. Yup, same quiet, unassuming and thoughtful guy who has made great wines at his De Trafford farm in Stellenbosch. Since you ask: Chenin Blanc and Noble Late Harvest, in particular.

Not that I have forgotten the excellence of De Trafford, but David is currently responsible for – to my mind – some of the most exciting wines coming from South Africa. And let’s make it South with two capital S’s.

I am talking Malgas, a one horse town whose horse died in the previous century. Next to the Breede River, some 15km from where the expanse of water flows into the Indian Ocean and Witsand and Infanta.

A frequent visitor, this wild region set him dreaming, thinking. What if vines could grow in those ancient rocky soils covered by smooth river rocks the size of rugby-players’ heads? And then, once they grow, surely the wine must be – like the region – uniquely individual, offering a taste of place?
This was 2003. Vines planted. First vintage 2007. Cut to 2019 and David’s dream named Sijnn is releasing the one stupendous vintage after the other.
As far as the vineyard plantings go, David chose wisely: Chenin Blanc, Viognier and Roussanne on the white side, and on the red side Syrah, Touriga Naçional, Trincadeira, Mourvèdre and Cabernet Sauvignon. 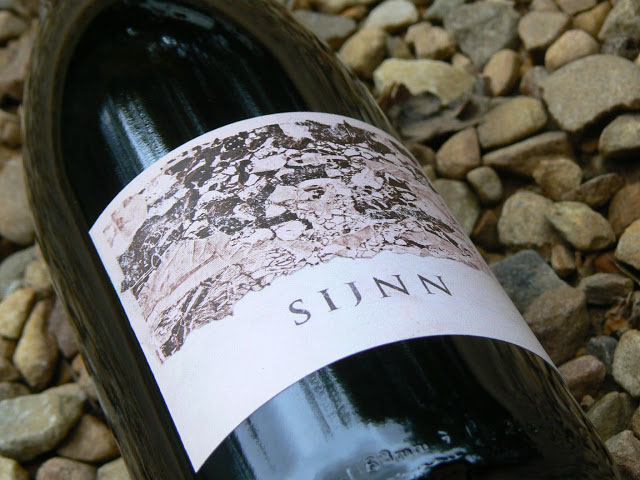 The Sijnn White 2017 is drafted from Chenin Blanc (84%), Viognier (13%) and Roussanne (3%). The approach in the cellar by David and his assistant Charla Haasbroek seems pretty intuitive. For the Sijnn White, some batches were whole-bunch pressed. Fermentation in barrel was spontaneous and maturation done for 10 months. French oak, 11% new.

The wine is driven by the features of extreme Chenin Blanc you find from unforgiving geography. Dry, poor soils and pummelling winds in summer and winter keeps yields down to three tons a hectare, even on vines scarcely a decade old. On the nose the fruit is loud and brash, loads of honey-comb, potpourri and torn dried fynbos. You rise to it, want to dive in. It is a delicious white wine.

Despite being of Irish heritage I don’t do bets, but am willing to wager the Sijnn Red 2015 is a wine destined for greatness.

Sijnn Red 2015 comes in at Syrah (47%), Touriga Naçional (19%), Trincadeira (19%) and equal quantities of Mourvèdre and Cabernet Sauvignon to finish off the masterpiece.

I was again almost irritated by the brash confidence of this wine. I mean, the vines are only ten and eleven years old, it is the eighth time this wine has been made, and already it commands the presence of a South African masterpiece.

Oh, just get a whiff of that assured whack of savoury and brooding fruit on the nose. And while you are at it, taste the layer-upon-layers of viscerally enchanting black fruit, all currants and berries.

From David to Douglas, and last year I had the pleasure of meeting Douglas Green – the same gentleman whose names are found on the popular South African wine range. Been going since 1942, that is, and Douglas Green was also a pioneer in his day with various new wine styles and marketing mannerisms. 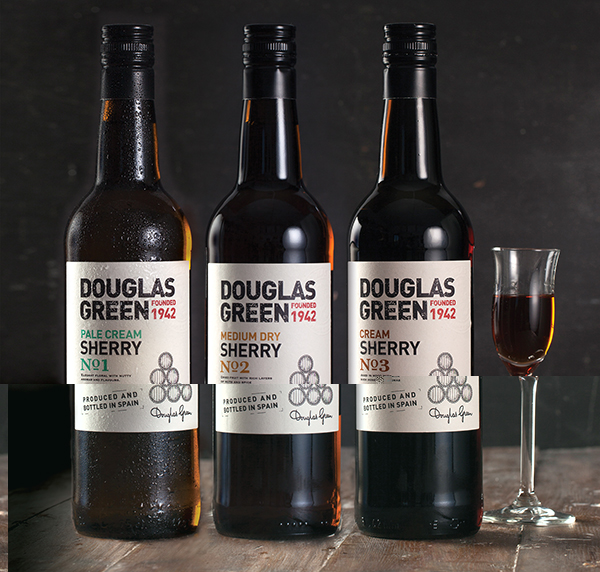 Asking Mr Green about the wine portfolio these days compared to what it look at when he was working for the company five decades ago, the word “sherry” popped-up frequently as this used to be one of the more popular wine styles.

Sadly, this seems not to be the case these days. Sherry is an amazing wine, one of my favourites and South Africa has a great history of making these fine wines.

Locally made wines can no longer be called sherry due to EU regulations, but Douglas Green wines has been thinking out of the box again. It is now importing real sherry from its home of Jerez, that exotic region in southern Andalusia in Spain. All under the Douglas Green label.

There are three sherries in the range in order of sweetness: Medium Dry, Pale Cream and Medium Cream. All are made in Spain from the traditional Palomino grape, aged in those massive wood vats, and offer good value at under R150 a bottle. (Let that sink in: grown and made in Spain by sherry master, imported. Bargain, baby.)

My favourite is the Medium Dry, not quite as bone-dry as the fino-style, but offering all the complexities in texture and flavour that makes sherry such as a wonderful drink.

The secret to sherry is the slight fortification – addition of grape spirit to stop the fermentation, allowing the grapes’ optimum fruit expression to be left behind. A layer of yeast – called flor – covers the wine during aging, giving it a characteristic nutty, waxy and dry fruit flavour.

And to enjoy sherry, please do not pour it from the drawing-room cabinet into one of those thimble-sized short stem glasses. Cool the bottle as you would a white wine. Splash copiously into a broad, deep glass. And drink on its own or with savoury dishes.

And when the Cape cold-fronts start rolling in, the sweet heart of the Douglas Green Medium Cream Sherry will warm the cockles as well as all else that need warming.