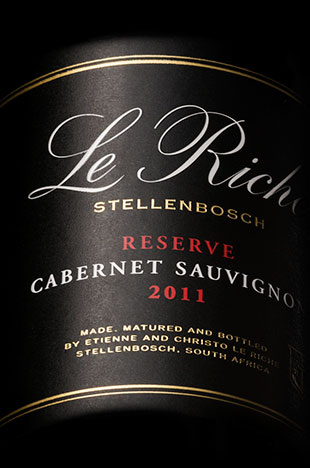 It is a feature of the wine world that some human DNA has become embedded in certain grape varieties. In South Africa, for example, it’s impossible to think of Chardonnay without seeing the formidable presence of Danie de Wet from De Wetshof before you. And who can pronounce “Pinotage” without mentioning Beyers Truter in the same breath?

But it must surely be a formidable wine person who can claim to share centre stage with the variety that is Cabernet Sauvignon, arguably the world’s greatest red grape responsible for the legendary wines of Bordeaux and Napa, as well South Africa’s finest vinous offerings. Of all the Cape’s finest red wines, Cabernet Sauvignon has taken and continues to take top spot ever since South Africa became world-renowned as a major producer of red wines some fifty years ago.

Today, no serious conversation about South African Cabernet Sauvignon is held without mentioning Etienne le Riche as the wine maker who has shown this sector of the industry to be world-class, and magnificently so. The name Le Riche is as inextricably associated with Cabernet Sauvignon as DJ Opperman is to Afrikaans poetry and Maggie Laubser with South African painting. And from a fine vintage, a Le Riche Cabernet will have you realise for yourself the umbilical cord that exists between wine and art.

As with most artists I have encountered in various fields, Etienne le Riche is a master of the understatement. He would obviously far rather have one of his wines do the talking – unless the conversation is about fishing and the sea. Then the glint in his steely gaze appears and he starts rattling away like a graphite deep-sea reel at high drag.

“For red wine, I probably started out as a wine maker at the right time,” says Etienne in the office of his family winery in the Raithby region of Stellenbosch. The rains of winter have begun to fall and his calm voice has a musical background in the cascading water hitting the roof.

“In the 1970s South Africans really began to develop a fondness for red wine, so much so that we found ourselves in the midst of that famous red wine shortage,” he says. Demand was outstripping supply, and with the route-to-market for wine being far from as developed as today, wine makers were being greeted by the sight of cars queuing outside cellars from before day-break as punters scrambled for a few cases.

Etienne was then wine maker at Stellenbosch’s famed Rustenberg Estate where he was responsible for some of that property’s most legendary vintages.

“I worked with Cabernet Sauvignon from the outset because that was the major red grape used in the Rustenberg range,” he says. “It was not a variety I jumped onto and tried to do new things with. I just had to get Cabernet Sauvignon into the bottle at the finest quality possible, and my approach was to ensure all the boxes – from vineyard management, vinification, ageing and bottling – were ticked to ensure the best we could do.”

The approach – long before the fashionable diversity and experimentation of the so-called modern South African wine industry – led to Cabernet Sauvignons still recognised as the finest the country has produced. Such as Rustenberg 1982.

But if you want to tick all the boxes, best to have your own pen. Etienne had always wanted a winery belonging to him and him only, making wines under his own private label. Just as his long-time Stellenbosch buddy Neil Ellis had set out to do in 1984.

So began Le Riche Wines in 1996, initially in a cellar set in Jonkershoek, before moving to its current Raithby premises. And despite today producing a blended wine of Cabernet Sauvignon and Cinsault as well as a Chardonnay, anyone with his or her wine wits about them will say that Le Riche is Cabernet.

“When I started out on my own the focus on Cabernet Sauvignon was a natural evolution,” he says. “I was always going to be about Stellenbosch, and that variety is what the region does best and makes, to our collective mind as a family, the finest red wine in South Africa.

“So Stellenbosch Cabernet Sauvignon had proved itself long, long before the Le Riches decided to set-up a cellar. The tradition of quality wines from the variety had been here for decades and its reputation remains undisputed to this day.”

Despite the magnanimity of all this, one has to state that Etienne has shown a mastery in vinifying Cabernet Sauvignon. Buying in grapes from particular vineyard sites expressing terroir individuality does, I am sure, play an important role in ensuring the foundations for each vintage of Le Riche’s fruit profile are laid.

But like a Chet Baker trumpet note or the opening lines of an Ernest Hemingway short-story, Le Riche’s wines have a stylistic specificity that grabs attention and opens-up the imagination.

Vintages will differ, but in a Le Riche Cabernet Sauvignon it will be the magical combination between robust, assertive power and breath-taking elegance that hits you, realising that experiencing a wine such as this is, really, able to elevate the human experience into a state of grace. Sure it lies in the genetics of the grape itself. And yes, soil and aspect and climate plays a role.

But how does it all end up in such beautifully examples of tasteful wine expression?

Christo, Etienne’s son who has relieved his dad from much of the run-of-the-mill cellar duties, also plays the “wine is about the vineyard” card. He chatters away, identifying Stellenbosch’s soil-types, soil-ages, slopes, valleys and vineyard elevations like a teenager would name X-Box computer gaming aggregates.

He’s physically minded, initially wanting to become an architect until all the tasting of “brilliant wines my dad and his friends were bringing home got the better of me”. Loves the vineyards, but knows that there’s a wine to be made from all this, and it’s got his family’s name on the label.

“At harvest, open fermentation and manual punch-downs are non-negotiable as skin contact and managing tannins are critical parts of the process,” says Christo. “Fruit must be managed firm enough to give depth and complexity, but you don’t want to be too aggressive as this can draw bitterness. After the wines have been in wood for a year, my dad and I will sit with my sister, Yvonne, and we’ll taste and blend the various components for the final Le Riche wines.” (If there is an open space at this table, I’m in.)

A visibly disciplined and focussed young man, Christo is rapidly gaining reputation as a Cabernet Sauvignon pioneer in his own right as founder of the Stellenbosch Cabernet Sauvignon body, a collective organisation aiming to promote the merits of the region’s Cabernets on a local and global stage. 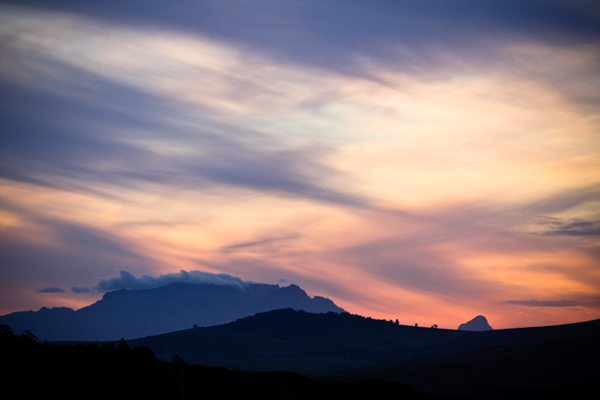 “This variety has a legacy of quality among Stellenbosch producers who have made some of South Africa’s finest wines, and continue to do so,” he says. “By harnessing the region’s producers, we are aiming to create an awareness of the excellence of this category. We want to elevate the image and reputation of Stellenbosch Cabernet on the world-stage and help producers attract a premium price for the category. In terms of wine, South Africa’s general image is still one of cheap-and-cheerful, and we believe Cabernet can change this.”

As the Le Riche wine marketing brain, Yvonne realises the necessity of her brother’s ambitions with Cabernet Sauvignon.

“Today’s market-place is generally far more specialised and sector-specific than it was a few decades ago,” says Yvonne, a Cape Wine Master with extensive wine retail experience in the United Kingdom. “The deluge of information, the digital wave and social media has made consumers want specific options – if they are looking for a South African wine, they want a varietal wine from an established region. With the provenance of Stellenbosch Cabernet Sauvignon, the time is now right for the region’s producers to generically promote this sector. Every producer involved stands to benefit, and it will allow the Cabernet category to grow even further.”

As far the offerings of Le Riche goes, she ascribes the brand’s reputation as being built on consistent quality.

“It is about sticking to what we are known for, and what we can do best,” says Yvonne. “Making great wine from a classic grape variety will never go out of fashion or style.”

And with the right DNA firmly embedded, in these hands it certainly can’t.