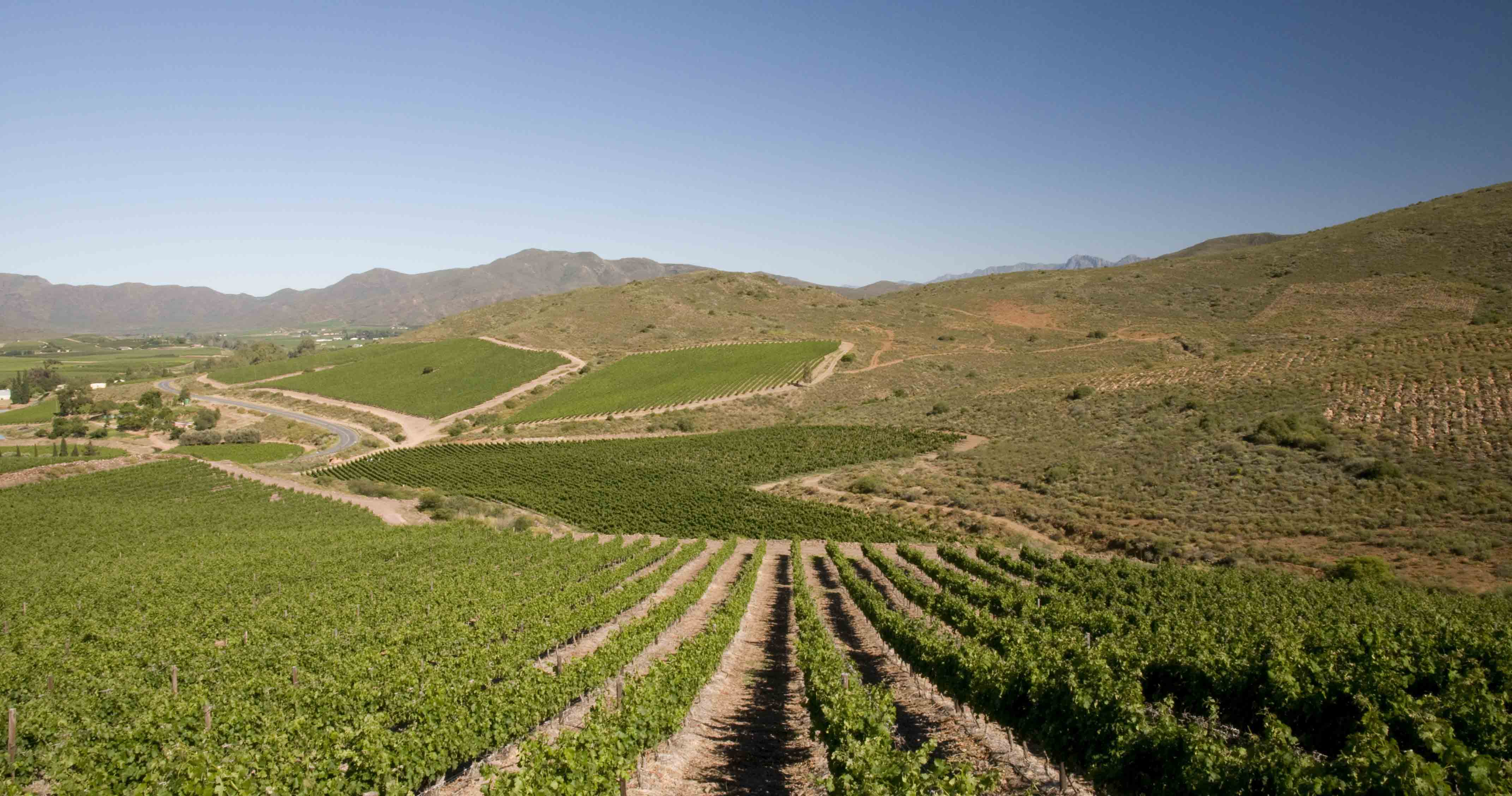 by Lafras Huguenet
Situated en route to my fishing abode at Blombos, I have stopped off at De Wetshof in Robertson since the mid-1990s to stock-up for the coming days’ pulling galjoen, mussel-cracker and Steenbras from the droning white waters on South Africa’s most beautiful piece of coast-line.

Being a fond consumer of Chardonnay, this pit-stop was always a no-brainer and I would arrive at Casa Blombos with a few cases of De Wetshof Finesse, Bon Vallon and Bateleur to tide us over for the duration of the trip.

The millennium was only two years old when a new wine arrived in the De Wetshof tasting-room: Pinot Noir, the red Burgundian brother to the Chardonnays Danie de Wet had been pioneering in Robertson for over two decades.

As is the case today, conversation about South African Pinot Noir initially centred on that well-worn cliché of it being a “heart-break” grape due to the frail mental state in the cellar and its sensitive thin skin. Then, the majority of local Pinot pundits – mostly self-appointed – would have it that good wine can only be made from this variety when the grapes are set in a cool environment, preferably where the vineyards lie close to the sea or are fringed by green, leafy countryside. Think Hemel-en-Aard for the former and Elgin latterly. 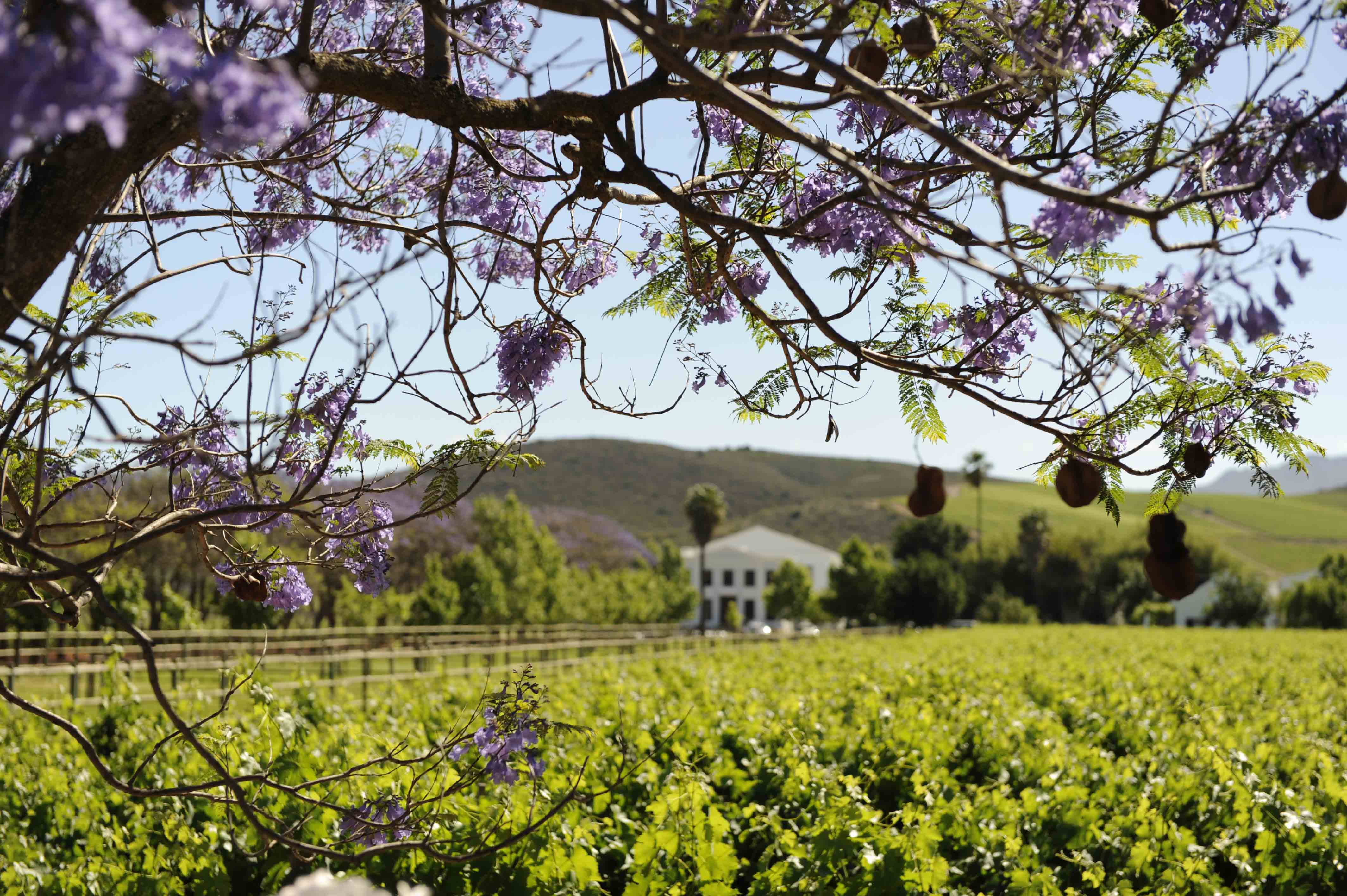 This is a relevant theory, as both regions make a decent drop of Pinot Noir. With one or two – Hamilton Russell and Crystallum – even managing to coax their wine into that state of unfathomable surrealism that great Pinot Noir can reach.

Far-flung Robertson is about as much associated with the delicacy of Pinot Noir as a truffle omelette is linked to a NG Church bazaar in the Karoo.

But from the outset De Wetshof showed that the potential to see good Pinot Noir grown and made in Robertson cannot be dismissed. The maiden wines had a floral playfulness and berry-flavoured approachability. Direct Pinot Noir varietal expression, typical from young vines. And very much like that offered by the Volnay terroir in Burgundy, known for the playful styles of its wines.

During a recent voyage to the coast, I spent some time with the De Wetshof Pinot Noirs. Some anthropology researchers from Europe were down to visit the Blombos caves, one of the earliest indications of homo sapiens’ presence, and had asked me to present a wine tasting. Two of the academics were from France, so I wanted to give them my best shot in convincing them South African wines were deserved of their learned palates.

It is evident that De Wetshof’s Pinot Noir, bottled under the Nature in Concert name, is now quite capable of standing alongside the likes of Hamilton Russell, Paul Cluver, Crystallum and Bouchard Finlayson. In the line-up it became apparent that as the vines are getting older, they are taking on a level, commanding seriousness compared to vintages 2002 to 2006.

Of course, it is down to terroir, and let’s take a look at the De Wetshof Pinot Noir vineyard: It is situated south of De Wetshof, to the Bonnievale side and planted on a steep slope facing the Indian Ocean 90km to the south. The soils are tough, lots of broken rock, clay and that all-important chalk element.

I have been to the vineyard in the height of summer, and from midday a brisk southerly breeze drives in, keeping the vines and the soils fresh. The winters are icy, especially at night where temperatures nudge freezing point. Add bright sunshine during the growing season, and it is a terrific patch of earth for Pinot Noir.

The method for vinification has remained the same. After harvesting and crushing the juice is cold-soaked and given skin contact for eight days to ensure delicate extraction of the myriad flavours. Fermented dry on the skins, with malolactic fermentation done in French barriques barrels, maturation in new and second-fill French oak for 12 months before bottling.

From the 2013 vintage, Nature in Concert is pretty serious Pinot Noir stuff, with the current 2017 arguably the finest rendition.

As all fine Pinot Noir, there is a finger-print here, and with De Wetshof it is brightness, the clarity and the focus. The wine basically shouts Pinot from the glass, underscoring Danie de Wet’s saying that there are only three types of wine: red, white and Pinot Noir.

The palate weight is luxurious, velvety – a character that makes the dark berry, dried fig and slight allspice ever more delicious. On the mid-palate one finds a hit of autumn leaves and sliver of fresh porcini pried from cool, dark loam soil.

There is a sunniness, a joyful drinkability to this Pinot Noir that many producers from the Côtes de Nuits would give their inherited corkscrews for. All that signature, royal and noble complexity and pedigree, but with a joie de vivre and lust for life that the wide, wild open spaces of Africa can bring to this magical grape.

I tasted, I loaded. And the fishing was great.