If American authors Raymond Carver and Charles Bukowski had shown more interest in visiting wine farms than drinking themselves into painfully advanced stages of cirrhosis, my guess is that Bottelary would have been their favourite parts of the Stellenbosch Wine Route. For this is still real farmer country, here along the Bottelary Road. Where wineries and houses and sheds look like they are lived and worked in, perched on hills covered in low-level bush-vines, industrial looking bulk wine dealers jostling for attention with hard-drinking houses known around here as Bush Pubs or Divorce Activators.

A dilapidated tennis court stands cracked and empty, and along the road some dudes invite you to drive in and buy cement and worn car engines and succulent plants.

A handful of wineries are scattered alongside the Bottelary Road, with Hartenberg at the top-end taking prime spot as you head west towards the Cape Flats and Kuilsriver. It may be on the edge of urban sprawl, but Bottelary has some great vines going on those hills, soils of gravel and sand, facing west where the sun goes down and right in the face of the pummelling Cold Fronts. When they come.

The area itself lies closer to Cape Town than Stellenbosch’s other regions, those vine-clad slopes of the Bottelary Hills looking out towards Table Mountain and its bay filled with the icy water of the Atlantic. In earlier times, the farmers in Bottelary were growing fruit and vegetables and being able to see the arrival of the Dutch, British and other European ships they were first to the harbour to sell replenishment to the starving voyagers. But in the years gone by, fruit and vegetables were replaced by vines and today the Bottelary Hills are covered in a diverse variety of cultivars

The people, too, are salt of the earth, just think Roos from Mooiplaas, the Steytlers from Kaapzicht and the Fischer clan of grape growers. Back-slapping warm-hearted folk they are, but great wine makers too, and – above all – farmers.

Being onto a bit of a Shiraz search this year, I eventually got around to visiting the Steenkamps of Groenland a while back. Not knowing what it wants to be, Shiraz has me as confused as an Australian bowler at a sandpaper sale and I am determined to pursue an elegance and refinement in Shiraz that I have been told is there.

Times I’ve tasted it, Groenland has always been a bit of all right, so why not go check out its place of birth.

The farm is down at the end of Bottelary, almost hitting the Kuils River golf course, and right from being greeted by a Great Dane the size of a well-fed Nguni calf until leaving with a few bottles of wine the experience is of old-school friendliness and real Boere hospitality. This is courtesy of the Steenkamp family who have been making wine here since 1975.

“I’ve been in the cellar for 44 years,” says patriarch Kosie with a smile whiter than a lawyer’s lie. “You reckon that’s some kind of record?”

Then you step into a tasting room, and all you can think is: They don’t make them like this anymore. The only airs are the ones coming in through the windows. No frills, art-works or staff acting like Polish immigrants that have just passed a sommelier course. Just a room with chairs and tables and wall adorned with photographs of old rugby teams, the Steenkamp Clan in earlier days and yellowed newspaper articles. 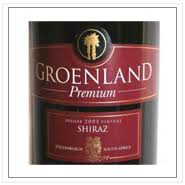 “I am actually a son of the Karoo having grown up on a sheep farm in Sutherland,” says Kosie. “But during university at Stellenbosch the wine industry grabbed me, especially after marrying into a family of Bottelary wine farmers. That was that!”

Groenland’s vines are spread over 188 hectares and include the cultivars Cabernet Sauvignon, Merlot, Pinotage, Chenin Blanc, Sauvignon Blanc and Chardonnay, as well as that Shiraz I have come looking for.

Piet Steenkamp, Kosie’s son who has been working with his father in the cellar and in the vineyards since 2001, attributes the success of Shiraz to the unique combination of soil and climate (terroir) where the vines grow.
“You can try every trick in the cellar, but at the end of the day you can only work with what nature gives you,” says Piet.

“We are fortunate that Shiraz has found a suitable home on our farm. I think it is a combination of the gravelly soils in which the vines grow and Bottelary’s mild, cool climate that brings out the best in Shiraz. In the winery we age the wines in oak which gives the wine gentle spicy notes as well as smooth tannins, something consumers truly enjoy. The older styles of wines were harder, tough tannins but today’s consumer goes for enjoyment and drinkability.”

We talk about the harvest and the drought and the lower yields. For 2018 the South African wine industry might be up to 30% down in terms of grapes harvested, but Groenland experienced only slight variations in average yields. I suppose that’s what 44 years of experience on the same spread of land does.

After tasting a refreshing, zippy Groenland Sauvignon Blanc and a cool Chenin Blanc with its characteristic flavours of apple and citrus-peel, it is time for the Shiraz.

I head straight for the premium range Shiraz 2016, having missed the apparently stupendous 2015 that is all sold-out.

The nose is firm and tight, but after a few swirls to make the wine meet some air, the smell is meaty with a slight whiff of blue flowers, and I am thinking wet biltong chewed by a mouth whose body is feminine and lying in a bath of lavender water. The attack is quite abrasive at first, not a gentlemanly entrance at all. But the arrogant loudness quickly becomes charming and agreeable as a cascade of fruit and floral flavours descend from the vinous heavens. There are Syrian prunes and pipped cherries eagerly vying for attention with stewed crab-apples, dried pomegranate and mulberry. Now a smoked pimento appears, hastily dispatched by a smack of Turkish fig-paste, some aged game carpaccio and the ubiquitous cloud of finely ground Zanzibar white pepper. 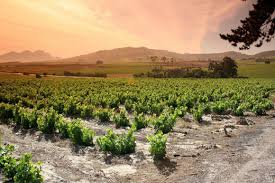 Having spent 12 months in new oak, the tannins are robust in delivering the layers of visceral fruit and savoury and spice with soul-rejuvenating clarity, also allowing for a lovely wet wine that ends in a surprising clean, thirst-quenching finish. This is it. This is the one. The Shiraz.

Obviously some excellent Chenin Blanc, Pinotage and Cabernet is made here in these hills, but if you know what you are looking for, Bottelary’s going to help you find it.