Before you got there, the country wasn’t tough at all. The road began at Riversdale town in the Southern Cape from where you headed north. It was all pastoral, with the greenest of grass, still wet from the morning dew and the broad meadows specked by cows. Brown and tan, as well as black-stained Jerseys. There was a pass, then, the Garcia Pass named after a Jewish Portuguese land commissioner who had pioneered its building, grinding away at the first masses of rocks that are part of the famous mountain known as the Langeberg.

Over the pass, it looks good as you whistle along the road lined with pine and blue-gum trees, but through the open window there is the herbal, mossy scent of wild fynbos. And then the world opens up, you are on the other side of the Langeberg and the country has changed from watered, lush and accommodating greenery to the stark beautiful wilderness of Karoo. 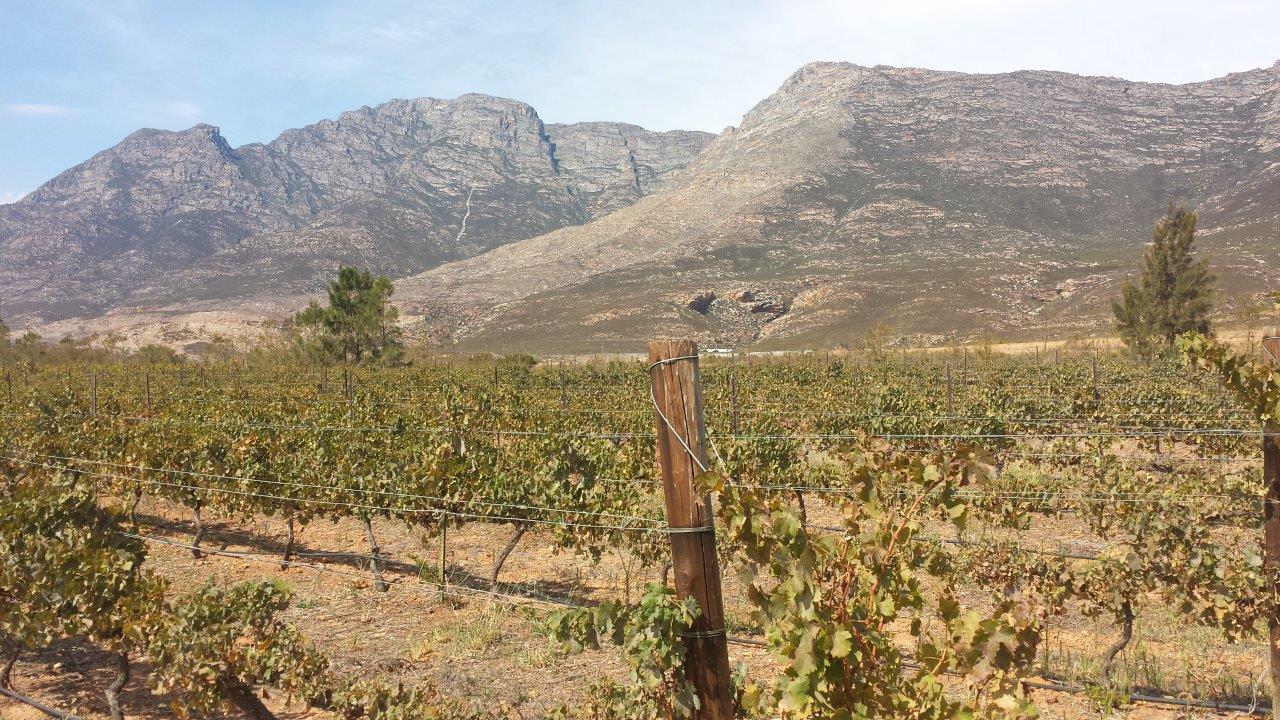 The sky is wide and blue, the land dry and rocky and sharp, and the plants lie low and look thorny and brush-like. There are a lot of rocks, and as you hang a right at the first crossing on the way to Herbertsdale, the dirt road runs parallel to the layered rock of the Langeberg, bleached strips of horizontal stone older than life itself.

Here there is a wine farm. It is appropriately named Virgin Earth and owned by Kobus du Plessis, a country boy turned entrepreneur who admits to always having a longing to farm with wine. Which he did at Havana Hills, out Philadelphia way. And now he does so, still. At this off-road desolate spot which is far removed, very far, from the traditional winelands the Cape markets. He farms, here, with admirable hands-on enthusiasm and understandable pride. 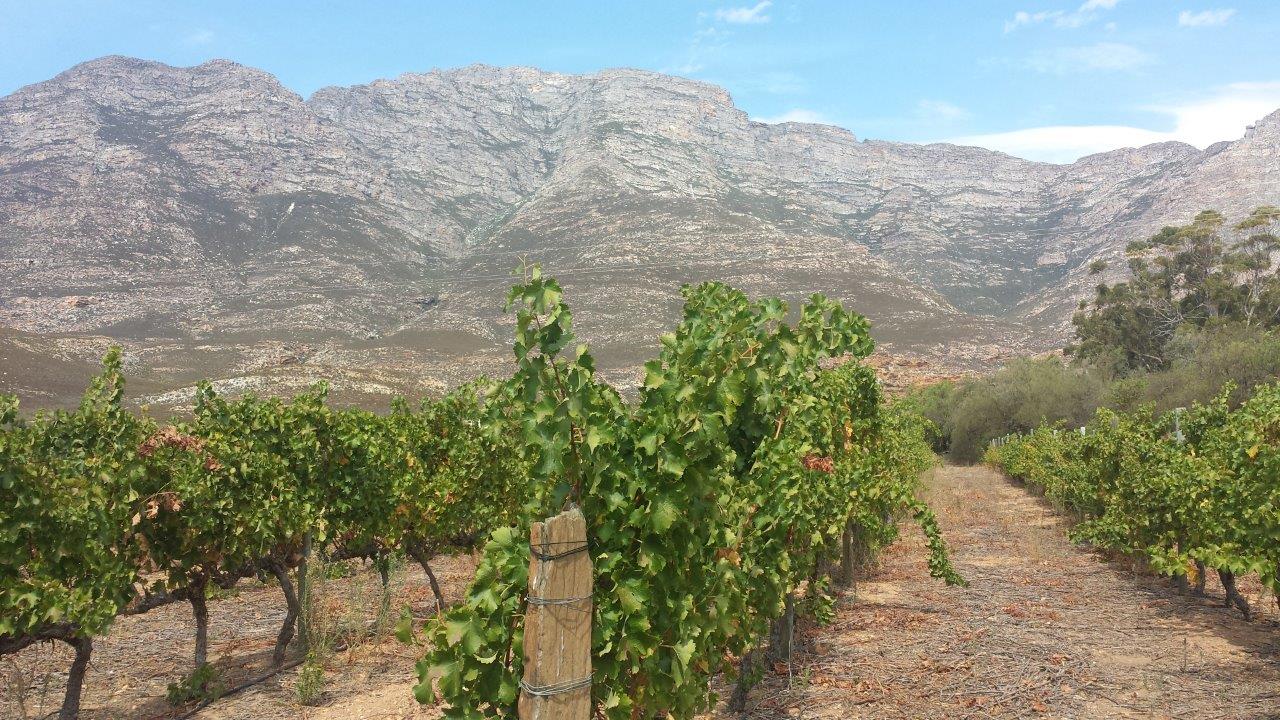 Virgin Earth resembles no wine farm I have ever seen. The location is startlingly original, almost viscerally challenging one’s perception of where vineyards should grow and wines should be made.

The mountain is wild and long, pouring thin waterfalls and inhabited by baboons and leopard, whilst also creating a funnel for the south wind to howl and pluck and cool the vineyards.

Of these, there are just under 30ha. Cabernet Sauvignon. Shiraz. Chardonnay. Sauvignon Blanc. Pinot Noir. Cabernet Franc and Chenin Blanc. The older vines are heading for 20 years old, but walking among them you would not say this. It is hell growing in this poor dry soil of shattered rock where the wind blows and the surface soil is trampled by kudu and duiker and steenbok. 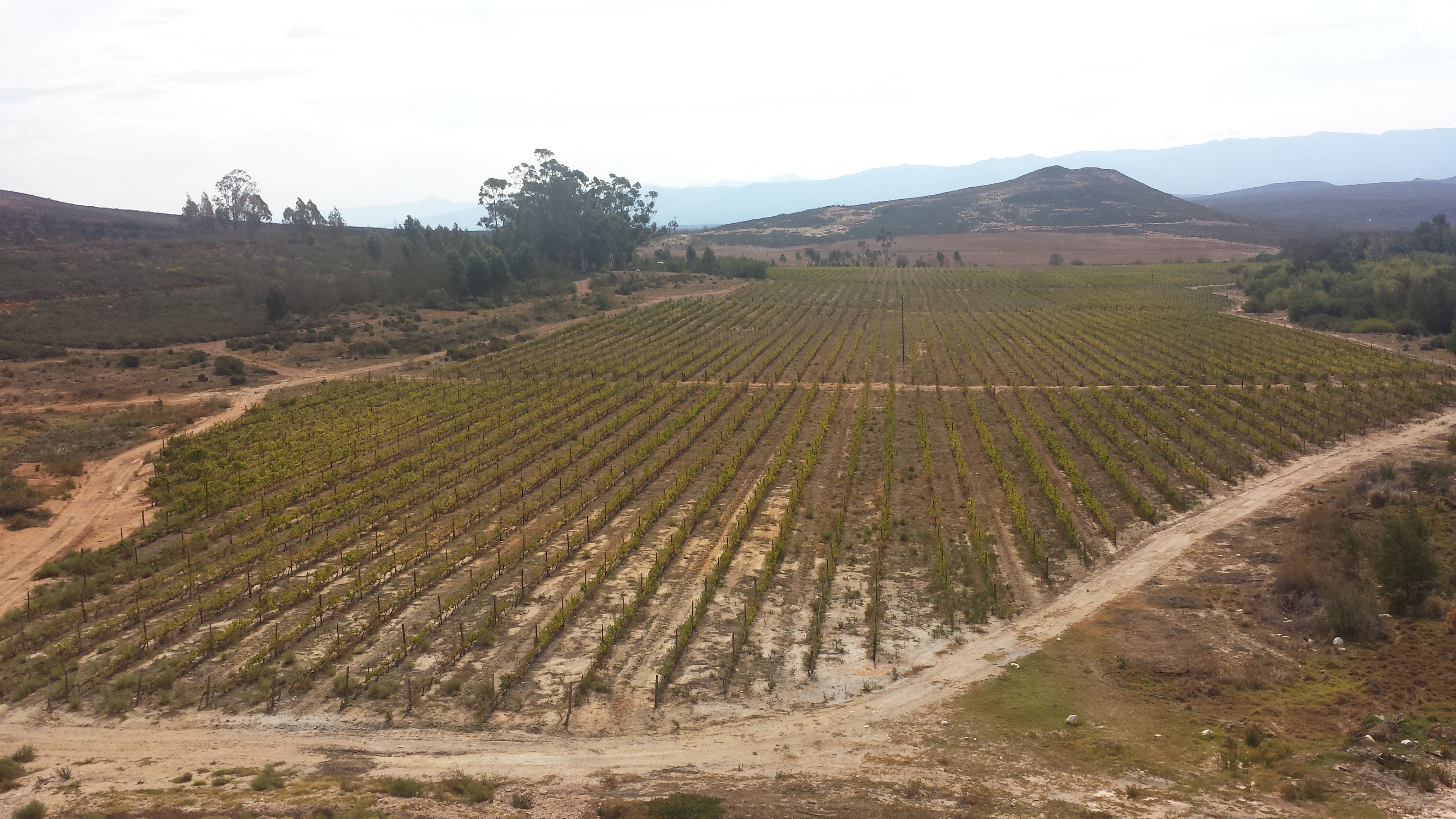 The cellar is a refurbished shed and smells of straw and water, and we taste 2017 Sauvignon Blanc from the tank. It is just fermented and it is raw and cold, murky and pale green, the colour of the froth waves make when breaking into tidal pools.

But it is wine, this, and has a delectable note of tropical fruits with a sherbet-like zip, grounded by a tight, austere pungent tanginess.

Towards the house, towers of slate – ripped out of the vineyards – are planted in the soil, peering like objects pilfered from a mini-Stonehenge. The house is at the very foot of the mountain, high-ceilinged and cool, and bottles are opened. 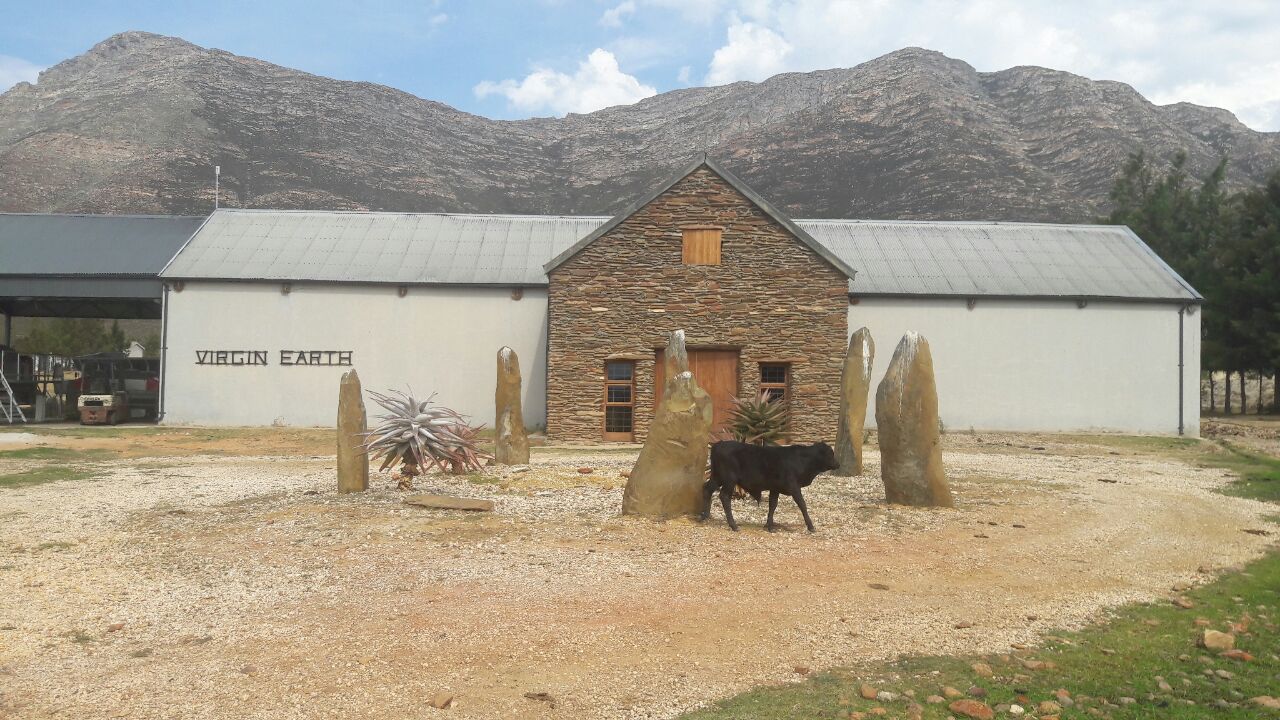 These are the wines of Virgin Earth.

Fresh from tasting the new Sauvignon Blanc, a Pepper Tree Sauvignon Blanc from the 2015 vintage finds its way to the mouth. It is cool and confident, alive with piercing flavours talking quince, pear and gooseberry. The rockiness is here, in a lick of salt and ground clove, a magical and haunting taste. Age wise, the wines holds firm with a soft, herbaceous rim and to touch of white asparagus. 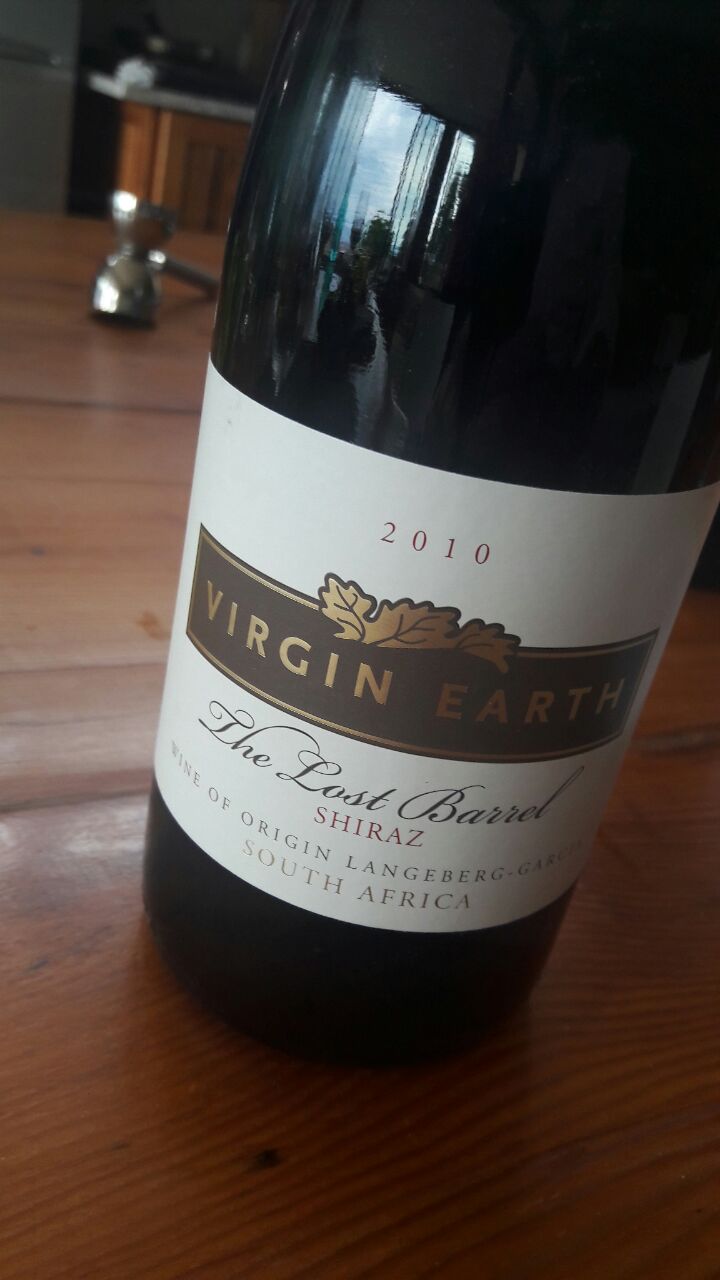 The red is a Lost Barrel Shiraz 2010. It is a Shiraz whose potentially horrifying power has been reigned in with green-harvesting, poor soils and hardy elements. The wine is like a tuning fork to the loin, all perfection. Classily subdued tannins and a gracious soft presence, this Shiraz gently ladles the senses with terrific red wine flavours. Mulberry, ripe and sticky. Sun-dried cloves. White pepper and plum, and just the ever-so tiny hint of leather-saddle and Havana cigar-box.

But it is the structure that is overwhelmingly chiselled so as to add to the deliciousness. Coy and seductive, but brashly generous with its fruity charms, it is a thing of true beauty, the kind that makes Shiraz’s attempted whispers, convincing and true.

It’s a long way to Virgin Earth, but wines are available through that man Wade Bales of The Wine Society.

One thought on “The Penetrating Wines from Virgin Earth”