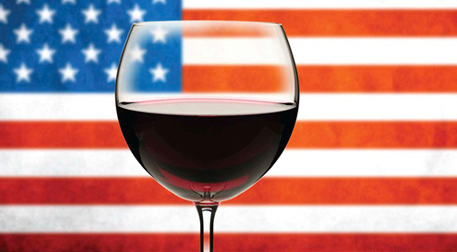 “Bill Clinton became a huge fan of South African wine the year before his presidential visit to the country in 1998,” says Lafras Huguenet, a retired diplomat who spent 15 years in Washington.

“His vice-president, Al Gore, had been given a selection of Cape wines by wine retailer Vaughan Johnson, and Al and Bill spent many an evening in the Oval Office drinking Kanonkop, Backsberg,  Rust en Vrede and Simonsig while smoking cigars and listening to jazz,” says Huguenet. “Monica Lewinsky sometimes even filled the glasses and polished the stems.” 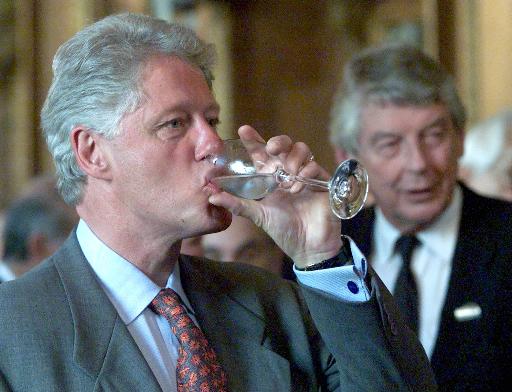 When President Clinton visited South Africa in 1998, he hastily asked his staff to change the official schedule to fit in a trip to Kanonkop Estate in Stellenbosch having become a fan of Pinotage and the Estate’s Paul Sauer Bordeaux-style blend.

However, Bill never got past the gates.

“The presidential security contingent arrived on a Saturday afternoon to request permission for a presidential wine-tasting and cellar tour of Kanonkop, but were not given access,” says Huguenet. “The winemaker’s son politely told the Clinton contingent that the farm was closed on Saturday afternoon and they’d have to come back Monday. So I helped them arrange a trip for Clinton to the Bergkelder instead.”

Anri Truter, son of Beyers Truter who was Kanonkop wine maker at that time, confirmed the incident.

“I was alone at home on Kanonkop watching a rugby game between Western Province and Northern Transvaal when the security phone rang,” he recalls. “Some guys in heavy American accents said they were from the Pentagon and needed to check out the security arrangements on the farm for an important visit. Well, being a teenager I did as my Mom and Dad tell all their kids to do: don’t open the gates for strangers. It might have been Bill Clinton, but there was a big game on TV – and Province won.”

Undeterred, Clinton continues to hold Cape wine in high regard and should he be tasked with the role of First Husband to President Hillary, his gig as White House wine selector will stand South African wine in find stead.

“Besides Kanonkop, Bill always enjoyed the Redhill Pinotage from Simonsig, Vergelegen’s Cabernet Sauvignon and the Rust en Vrede Shiraz,” says Huguenet. “Future world-leaders dining at the White House could see their glasses filled with South African wine. Who knows, perhaps he could even get one Jacob Zuma to drink it.”