For the past few days I have been fielding calls from concerned friends living in far-flung foreign lands. South Africa is, once again, engulfed in flames and smoke, and I am getting more invitations to hot-foot it to other countries than a Russian stripper gets marriage proposals from customers on their 2nd bottle of Grey Goose and 4th lap-dance.

But we know that things are not nearly as bad in South Africa as the television cameras of Sky and CNN make them out to be. A few scrawny, beaded-locked toy-toying students burning some non-descript paintings outside the University of Cape Town does not a revolution make. Neither does a ream of barbed wire, gleaming under the sun in the centre of the City imply any night of the long knives.

But no matter what, we will always have Kanonkop. 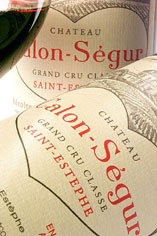 Even Bruce Anderson, wine writer for The Spectator, realises this. Writing in last week’s edition he ended his one word appraisal of a Kanonkop 2009 (“impressive”) with the sentence, “Not everything in South Africa is falling apart”.

Mister Anderson neglects to state the precise Kanonkop 2009 in question, but after recently pulling a cork of it myself, I bet it was the Cabernet Sauvignon. Brave statements are not my thing, so suffice to say that this is the finest South African red wine I remember having. Ever. Yet.

My draught of this Cabernet Sauvignon occurred two days after I had polished off a bottle of Calon-Ségur 2002 with Danie de Wet, something the big man described as “one of the world’s great wines”. It was still asking air and age, but the Calon was in superb condition, clarity and depth beaming through black fruit, smouldering Greek cedar and a brooding whack of liquorice. One of those “everyone went silent” kind of wines.

This beautiful thing from St Estèphe was still haunting my sensitive parts when occasion caused me to grab the Kanonkop Cabernet Sauvignon 2009. The timing was rowdy and loose, attention focused on sharp knives, tales of military glory and strenuous days hunting buffalo in the Tanzanian bush. And once again, the wine had the last say as everybody did, in fact, go silent.

On the attack, the Kanonkop slid silently and cool into the mouth, opening up with directed flavours trumpeting Simonsberg Cabernet with the broad ease of Miles Davis and his Bitch’s Brew. Wild undergrowth alerted the senses which then picked-up blackcurrant, tar, fig paste and a bit of that iron taste one gets when drinking cow blood with Masai warriors celebrating Uhuru Wednesday. Like the Calon Ségur, the finish was a focussed, enticing line of aniseed that left you reminiscing of old castles, Crusaders mounted on sweaty horses galloping across snowy plains and wild partridges roasted on the open flames of vine-shoot fire.

It is, absolutely world class and in a world of its own.

Reverting back to white wine, I was determined to make the roll I was on, last. The KWV Mentors Grenache Blanc 2011 ensured it did.

Forget about the origins of the variety, its scarcity and that it does not fit into any of the preconceived ideas you have about something you do not know. It is, a fantastic wine.

The grapes are grown in downtown Paarl. The wine-making sounds more complicated than Lady Gaga’s sexual orientation – much wooding and unwooding of different components, back-blending and separate fermenting temperatures.

It all results in a fantastically complex white wine expressing zest and life, but with a satisfying richness and pleasant confidence.

The wood is noticeable, but adds a buttery dimension to brisk runs of green apple, loquat, finger-lemon and Thai coriander. A stony edge almost makes you hear the gush of mountain streams, while the finish of lemon meringue and salt leaves its mark in a memorable and enticing way.

Things are being built, as others fall apart.