I am looking forward to the day when a committed vinophile is appointed to South Africa’s Constitutional Court as the laws that govern the country’s soul really need to look at patrolling a number of wine-related issues.

Beheading winemakers who use rock-hard wax capsules to cover the closure-ends of their bottles, for example, would send a strong message to those who deem aesthetic pretension more important than the constitutional rights of your average wine drinker seeking to open a bottle of wine without chipping through brittle casings of wax which invariably end up in the wine glass and between your teeth.

So, too, the public flogging of restaurant-owners who charge listing fees for wines on top of the 500% mark-up will have no problem finding its place into our beloved Constitution.

And so, too, 30 days solitary confinement should become mandatory for wine marketers who have still not learnt that Chenin Blanc “complements” white meats and does not “compliment” it. Same goes for PR firms deploying the word “delighted” in press releases and charging clients whenever said client’s name appears on twitter, although in the case of the latter I recommend holing the accuser up in a single-cell with a seven foot Zulu hung like Darth Vader. 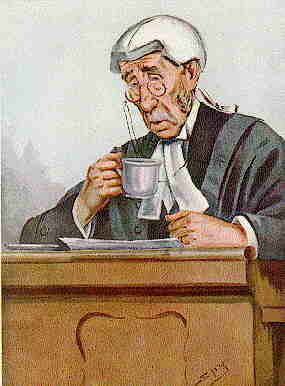 These gimmicky events where a line-up of wines or spirits is presented blind expecting to show tasters how well South African Shiraz compares to the Rhône or Cap Classique fares against Champagne is the vinous equivalent of two tots playing doctor-doctor. They know what they see, but don’t really know what they are looking for.

Of course, the main goal of events such as these is to create a sensationalist I-Told-You-So moment when attendees of these sideshows have deemed a R225 Stellenbosch Cabernet Sauvignon to outscore a Third Growth St Estèphe costing six times as much.

Charades like such are purely disrespectful to wine, put on by those unable or unwilling to deliver a deeper, more cultural and knowledgeable discourse on the specific wines wishing to be discussed along with the importance of their origins. There is nothing more disrespectful of any piece of art, culture of humanity than by allowing it to suffer by comparison.

The South African brandy industry likes this kind of thing. Frustrated by the catastrophic fall in sales over that past few years, brandy propagandists enjoy nothing more than to line-up some South African examples alongside a few Cognacs “to show that ours is good as theirs”.

Strange, I have never heard of American bourbon-marketers trying to pull a fast one on Irish distillers or Japanese against Single Malts. For see, the true mark of those with respect for and faith in their product is a belief strong enough to make the comparative party-tricks unnecessary.

But back to Cognac, and here I was fortunate to recently taste one that is truly and absolutely incomparable on all fronts. It was the Louis XIII de Rémy Martin, quite possibly the most marvellous spirit to have passed my lips since my last Hail Mary.

The Cognac is sold in packaging that looks a bit sex-toyish and selling for about R40 000 a bottle the whole approach is rather showy in a garish Euro-trash sort of way. Keys and things are involved in breaking the packaging and you have to peel away a lot of foil made from real gold.

But as always, it’s inside what counts. The Cognac is blended from 1 200 different eau de vies of between 50 and 100 years, aged in barrels some of which are more than a century old themselves. And of course, only from the top Grande Champagne vineyards.

The colour in the glass is a perfect golden-brown-auburn, and it lies in the glass winking at you. You can feel the life, sense the mystery.

On the nose the stuff has captured the smells of nature’s genius and its art. Dried, sweet flowers. Prunes and cigar, and just-sliced blood orange with a touch of crema rising from a cup of Costa Rican coffee. And tucked under the surface, a heady perfume of musk and quivering flesh.

When the Cognac glides onto the palate, the incredible unsullied tenderness of the spirit hits you like a silk glove thrown by a sultry young French actress. It is delicate, flirtatious and teasing, slowly releasing layer-upon-layer of flavour: burnt turmeric and Zanzibar clove; patchouli and cinnamon; a deep thrust of ruby grape-fruit and flick of molasses; dried apricot marinated in the tears of a new-born baby; a toke of a good Cuban Cohiba still holding the lipstick of Jackie Kennedy.

It is a truly unbelievable drink, the result of art and science and nature made by men who dream big and dare to fail, to be drunk by those willing to drink a dream. And it is a dream they can believe in.