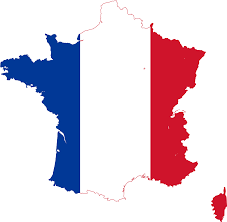 The fact that I bdt six bottles of Calon-Ségur 1998 on the French doing a Grand Slam in this year’s Six Nations has, I swear, nothing to do with this outrage.

But as our French au pair Jocelyn keeps reminding me during underwater Pilates: unlike wine, love and lace underwear, rugby is only a game.

And yes, the French they are in town for the annual Taj Classic Wine Trophy which is run under the firm grip of Christophe Durand, Cape Town’s favourite Franc. When he is not making Dorrance wines and flogging the odd barrique, Christophe puts together a group of French wine experts to judge a number of South African wines. The results are always interesting and notable, as in the Classic Wine Trophy wines are subjected to palates honed on foie gras, Roquefort, autumn truffles and Arcachon oysters instead of the locals’ favourites Marmite toast, biltong and Marie biscuits dunked in sugared tea.

The judges from the Land of (Currently) Pussy Rugby Players included wine makers, sommeliers, journalists and importers. I did not have much chance to mingle with them but they seemed like a nice-enough bunch, including one guy who was a dead ringer for Lyle Lovett while another had a long beard as white as the flags the French army used to surrender to the Germans.

What I really enjoy about the Classic Trophy is the informality and brevity. No long-winded speeches or grey-shoed protocol. And you get a chance to taste all the winning wines at your table, a real bonus.

On the white wine side, winners included a very fine and stony Hamilton Russell Chardonnay 2014, albeit it still being as tight as….well, tight. The Glen Carlou Chardonnay 2014 is broader and more expressive, despite also being a bit on the jailbait-side.

But the white Trophy Wine which kicked serious butt was the De Morgenzon Reserve Chenin Blanc 2014. As precise as a tuning fork struck on the firm thigh of Kate Winslett, this Chenin has piercing clarity, combining rampant fresh green apple and white pear with a honeysuckle delectability. Pure as driven snow this wine is, and as riveting as the French backline movement which lead to Jean-Luc Sadourny’s try in New Zealand in 1994, when we still played rugby.

On the red wine side, Groot Constantia was the big winner. Wine maker Boela Gerber hoisted Trophies for the Pinotage 2013, Cabernet Sauvignon 2012 and Merlot 2013, also scoring himself some serious wood in the form of two new French barrels.

Here I spent some time captivated by the Groot Constantia Pinotage and the Greywacke Pinotage 2012 from Chamonix, also a winner. Both were most splendid examples of what Pinotage can do, and by selecting two wines made from the national South African grape, the French obviously have a soft spot for the variety. The industry can work on this.

The Groot Constantia was brooding, spicy and classic with a palate weight that would stop even Tim Noakes’s tongue in full-flight. A rich, satisfying and seductive wine requiring the fastening of a seat-belt before sipping. 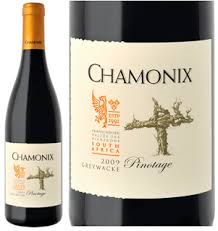 Gottfried Mocke from Chamonix ensures his established Pinot Noir pedigree gets airtime in the Pinotage interpretation. What an enchanting and graceful Pinotage is this not. Notes of forest floor and red meat express a thoughtful seriousness, but the wine is simultaneously teeming with ripe berries, plums and a bit of all-spice. Seriously, if I had to drink this wine all evening I would be as happy as a cock in vegan sandwich shop.

The year’s first wine show done and dusted. And a great way to start Showtime 2015, even if the other show on the rugby field is bleeding.