The last time I was this proud of a Joubert was when I read of my forefather Claude-Rives Joubert’s single-handed annihilation of seven camel jockeys outside Damiette, Egypt during the Fifth Crusade of 1217. This time, my chest swelled right here in 2015 where Schalk-Willem Joubert fronted the launch of the new Rupert&Rothschild tasting venue on the Simondium farm. Things were more peaceful that what Claude-Rives had to endure back then, but for Schalk-Willem it was a cometh-the-hour-cometh-the-man occasion.

The Rupert&Rothschild spread is one of the winelands’ best addresses. Combining two of the wine world’s most iconic names, excellence has always been an operative word, and to date this has mainly been found in the fine range of R&R wines made under the watchful eye of Schalk-Willem. A beautiful nutty and fresh Baroness Nadine Chardonnay has always been my personal favourite, and the R&R Classique has become a true South African cult wine in a relatively short space of time.

A Bordeaux blend of Cabernet Sauvignon and Merlot, the Classique has muscled onto the wine scene and its louder marketers to become an object of drinkable desire, especially among the non-paler sectors of South Africa’s Gauteng-based high rollers. Good wine, sure, but what is there also not to like about the brand and the elegant, classy and simplistically attractive label?

The launch of the new hospitality venue at Rupert & Rothschild heralds a new era for the brand. Those gates leading to the wide paths to the winery and offices are now deemed more open and accessible than was previously the case when the brand was shrouded in an enigmatic light cloak. Now, you’re all invited in to wine-tastings, wine-and-food pairings and a walk around some airy spaces resplendent in light, clean lines, classic-modern furniture and discreet mural adornments. No real flash to be seen here. But you can feel it in the tangible atmosphere of elegance and class.

As an event, it was a bit of bloody alright. With the names Rupert and Rothschild on hand, this was not never going to be a tutored tasting of wines complemented by a couple of tooth-picked cocktail sausages and vegetarian tempura with sweet chilli sauce. Schalk-Willem made a short welcome, introducing Johann Rupert who said the venue was the culmination of a dream started by his late brother Anthonij.

After that it was, as they say in the classics, party on.

Visitors waltzed around to various food stations, including one offering portions of beef fillet with calamari, kingklip and chips, lamb ragout and the most awesome French cheese offering outside of Rungis Market, I kid you not.

The booze was not too shabby either. Champagne Barons de Rothschild Brut and my beloved R&R Baroness Nadine 2010. Some New Zealand Sauvignon by name of Rimapere was there, as was Flechas de los Andes Gran Corte 2008, Malbec and Argentinian. The French reds were Bordeaux and Chateau Clarke Baron Edmond de Rothschild 2007 Chateau Les Laurets 2006.

Although, for me, the wine of the night was the R&R Classique 2009 poured from Magnum. This is a real class act of a wine, showing that Bordeaux-style red blends really are calling cards for Brand South Africa. 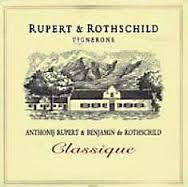 The wine whispers elegance in audible tones, while the flavours are beautifully understated and reserved to form a fine, classic whole.

Light flavours of berry, charred meat and pine-needles make way for a clear, bright finish. Straight, true and clear, this wine also has a character and profile that says individuality.

The R&R Classique is a wine that won’t be pandering to fashion any time soon as it already is the fashion. Such as everything about the brand and the wines – as well as the people behind it have shown – real quality never goes out of style.

2 thoughts on “What’s in a Name: One Helluva Lot”