Old vineyards do not guarantee good wine, as I have always suspected despite the generalised assumption that a wrinkly ancient vineyard planted when Jan Smuts was still being breast-fed just has to produce fantastic grapes. At a recent memorable tasting of Grenache wines from a vineyard in the Piekenierskloof outside Citrusdal, Neil Ellis confirmed these suspicions. However, the Master said, when it comes to Grenache, the vineyard only tends to get a sense of direction after hitting 20 years.

Along with Jan Boland Coetzee, Neil and his kid Warren have pretty much rekindled South Africa’s Grenache awakening. Both producers source their grapes from the Piekenierskloof vineyard planted in 1954 and listening to young Warren at the tasting, there are no plans to dodge this block of just over two hectares in search of sweeter birds of youth.

“We’ll keep using it for as long as possible,” he said. “The vineyards current abilities are in the glasses before you.”

And going strong it still is, the fruit obviously being assisted by the undisputed viniculture pedigree of Ellis snr and jnr. I have yet to taste a mediocre wine bearing the Ellis crest, and I am sure that old Grenache vineyard will perish before I do so, if ever. 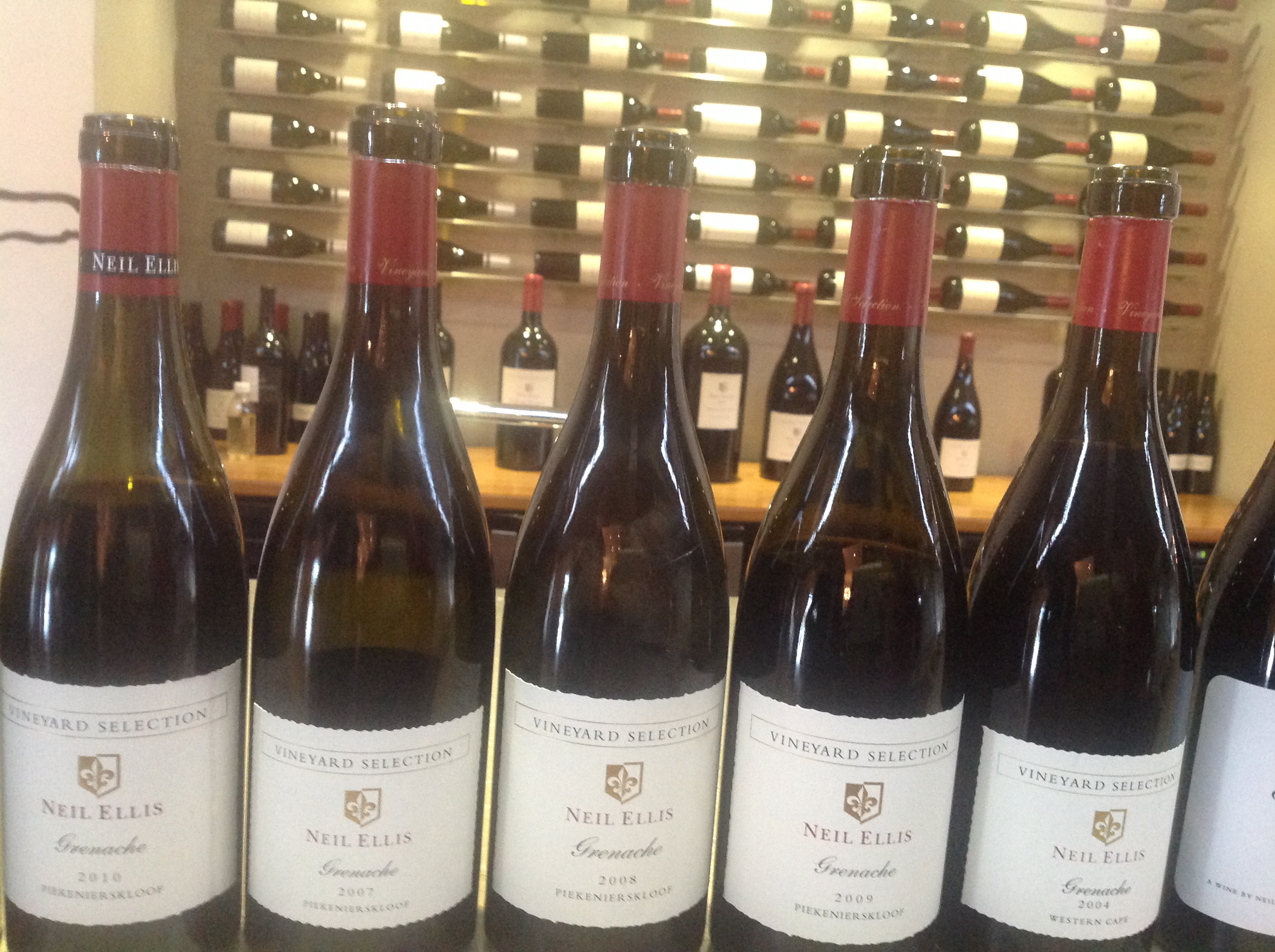 At the vertical tasting the 2012 kicked-off proceedings with a whisper. Shy on the nose, the palate had a wine-gum zing to it, just waiting to open-up into that Grenache crater of fruit and spice. The 2010 was about as much of a maturer blueprint of the 2012 as you can get. The same clear structure. The same pinpoint accuracy of fruit core. The same linearity. But here were richer aromas, a pliable texture with beautiful tastes of dried guava, real ripe strawberry and a hit of heady spice.

Only 20 per cent new oak is used, French of course, so the absence of obstreperous tannins was a feature of this tasting of Grenaches going back to 2004.

However, in my favourite – from the comet 2009 vintage – the palate was firm and authoritarian. Sure, the party was not as plush and fruity as with the other wines, but the wine’s classic structure and brooding power were very attractive and I can’t wait until it hits its straps in a year or three.

Referred to as “the poor man’s Pinot Noir”, for some reason, the Neil Ellis Grenache 2007 did indeed have a bit of feral funkiness – of the evocative kind, that is, not from the Brett Baron. This earthy character gave the red fruit and sagebrush an added dimension, almost making it a wine on its own.

Which the 2004 was as this had a touch of Shiraz added, giving it a weighty plushness. There was also an interesting iodine note, probably a result of wood and time but giving the wine a surprising zest for a 10 year old.

Well-made Grenache is hard not to like and it is understandable that both the Neill Ellis and Jan Boland’s Vriesenhof have garnered cult-like followings. The appearance of other producers can only be a great addition – for consumers as well as the quality of the local wine offering.

The trouble with a Neil Ellis tasting is that it makes you want to look skyward for the rest of the day. With a palate tuned by fine Grenache, finding a wine for the evening’s retrospection was tricky. 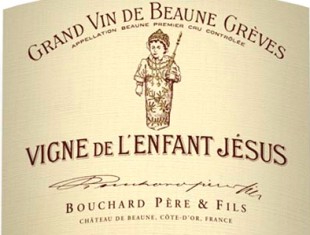 So I did haul out a red Burgundy. Beaune Grèves – Vigne de L’Enfant Jésus from Bouchard Père&Fils. Okay, it was a 2008 but Derek Kilpin from Great Domaines who flogged me the case said it was right for drinking.

Bloody marvellous after two hours in the decanter. Still keeping its legs firmly crossed, some glimpses of the nether regions were visible.

Beaune’s reds are not as stony and mineral as the whites, but they are not exactly all silk pillow and rose-bush. The Vigne de L’Enfant Jésus has a lot of muscle and quite a hit of juicy acid, but it does form such a spectacular unit of refined black fruit opulence with a sprinkling of perfumed flowers.

A saltiness and bit of crushed cardamom makes it one of those dreamy Burgundies that quite simply has you sitting back, thinking of the region and the earth and the vines and wondering: how the hell to they do it?

And whatever the reason, life is richer and more complete because they do.