Producers of screw-cap wine closures are reeling after this year’s Old Mutual Trophy Wine Show failed to back their cause of promoting artificial steel bottle tops ahead of the more traditional, effective and carbon-neutral cork stoppers. This after organisers of last year’s Trophy Wine Show went to extra lengths to blame cork for faulty wines, supressed fruit expression, oxidation, the plight of missing flight MH370 as well as the outbreak of Asian bird-flu in the southern hemisphere.

This week, however, the screw-cap industry sat in stony silence during the Trophy Wine Show feedback session as organisers and judges refused to promote their products, as was the case last year. Instead, the judges chose to focus on irrelevant topics such as the performance of South African Chenin Blanc during this year’s tasting, as well as the class showing of the country’s Cabernet Sauvignons and the popularity of Merlot.

“Gutted, that’s how we felt,” said Sid Tinster, spokesperson for screw-cap producer ReductVin. “Last year the Trophy Wine Show went balls to the wall, trashing our opponents by blaming every bloody wine fault on cork. This was music to our screw-cap ears, it was. But what the hell happened this week? We expected them to really punt metal closures, especially as the Trophy Show Chairman last year went as far as calling winemakers using cork ‘Luddites’ who should hang from the nearest tree. 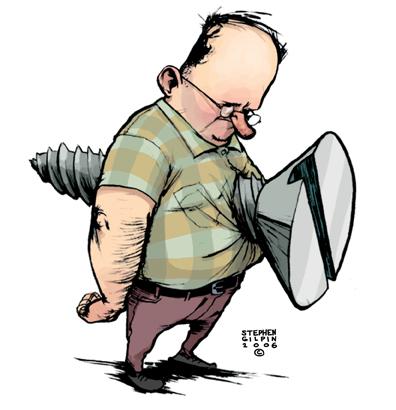 “But all we got was a cursory mention of closure issues,” said Tinster. “The panel just really did not play the game. All they spoke of was Merlot, Chenin and Pinotage. Where is the news value in that? Those poor journalists present at the feedback session must have been as bored as a sommelier at a Halaal wedding.”

“We were bullish after the Trophy Wine event of 2013 when the organisers communicated that over half of all wines were damaged by cork and basically called wine-makes using cork a bunch of retards,” she said. “That memorable session was seen by us as an opportunity to really turn the screws-on in South Africa. However, our message was not furthered for reasons unknown. I mean, what was this stony silence on cork-damage to wine about? Perhaps the judges managed to get some Chorizo or were given topless signed pictures of Cristiano Ronaldo. I bet the Burgundian had a word with them. Can you believe those Burgundian snail-eaters still use cork on their juice? Bunch of Roman Conts. More Aussies on the panel, please.”

According to Tinster, ReductVin is reconsidering its marketing strategy in the country. “The Trophy Wine Show is just not punting our cause any more,” he said. “But that’s not all – in the market most of your Platter Wine Guide Five Star wines are closed with cork closures, and the majority of South Africa’s premium brands refuse to plug the screw-cap. Things are not looking good for us in that part of the world. What the hell next – Ken Forrester applying for Portuguese citizenship?”

Speaking before getting on her flight back to Perth, Jeespot said she was returning home with a steely heart. “After last year’s Trophy Feedback we screw-cap producers were unscrewing bottles in celebration. But his year I feel as if I’ve got a piece of bark stuffed-in somewhere. It’s going to be a long flight home.”