Public Holiday Nation, this has been South Africa over the past few weeks. Good Friday. Bad Friday. Workers Day. Freedom Day. Election. I am just waiting for a public holiday honouring the date on which Simon van der Stel stopped beating his first slave on 7 September 1689 after said slave, Pielkopius Witman, discovered how to make the original Vin de Constance.

And let’s face it, these public holidays with their annexing of Fridays and Mondays to create long-weekend’s has been a piss-cat’s wet dream. Champagne breakfasts. Pinot Noir brunches. Merlot Massages. Cabernet Franc Dinners. Cognac Night-Caps.

Not holding back in all this, I did attend a more cerebral event recently. Clayton Reabow and his team and Môreson Farm in Franschhoek put on a Grand Cru Chardonnay Gig. Some of South Africa’s leading producers of this Burgundian classic were on hand to showcase the best white grape in the world, as well as wine impresario and Top 100 SA Wines organiser Robin von Holdt who presented some of his imported French gems. 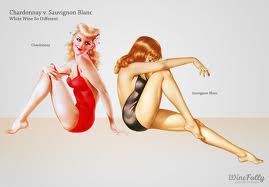 It was a cloudless autumn day, endless blue skies pierced by the Gaudi-esque pillars of the Franschhoek mountains. The wine guys at Grand Cru were placed on up-ended wooden fruit bins, and most of the Chardonnay Who’s Who were there.

Being like a “farm boy in Latin class” – Raymond Carver’s words to express extreme bewilderment – I now recall one general observation, and a few producers whose wines appear to push the envelope.

First-up: I am not really into this debate on wine styles, and what styles we should be producing, and what styles wine-makes aspire to. However, it is interesting that many of the producers at Grand Cru are definitely going for austerity in Chardonnay.

A few years ago austerity was interpreted as a Chardonnay that did not taste as if the gross lees had been stirred with a burning cricket bat. Today, however, it means so much more than tempered and controlled use of oak. Producers are going to great lengths to bring bright freshness and citrus-lined minerality to their wines.

De Wetshof Estate has always propagated this, and its the Site 2013 being a prime example of the way South African Chardonnay is going. Lean and almost piercing with gushing citrus and stone fruit, the wine’s full use of French oak does give it a breadth and structure that will see it only truly come to the fore in three years’ time.

Babylonstoren, media mogul Koos Bekker’s modest spread in Simondium, was at the Grand Cru and the Chardonnays impressed. Big time. Young vines, but full expression of shale, clay and stone in the Babylonstoren Chardonnay 2012 which is also more about rapier refinement and elegance than fruit-cored plushness.

Glen Carlou Quartz Stone has also pulled back on the honey-comb and sage-infused burnt butter. Although still showing a bit of toast, it is deep and floral with a life-affirming zip on the mid-palate and deserved self-righteousness in its massive cathedral-like structure.

The Franschhoek wines have a delectable floral core, and here Môreson, Rickety Bridge and Glenwood all show that together with Robertson, Franschhoek could sign its name with Chardonnay. These are all delicious, joyful wines with white flowers, citrus and pear notes yet characterised by the kind of purity only skilled wine-making can cause.

One wine that was really, like, awesome, was The Yardstick Chardonay 2012. Made by Adam Mason of Mulderbosch Fame, it is a muscular, tight little thing bursting with tart quince and pickled guava peel. (Adam has quinces on his table to ensure we got the point, although most of today’s folk would not know the difference between a quince and a bowling ball.)

The day’s best wine? Difficult. But how is the Groot Constantia Chardonnay 2013? One of the plushest Chardonnay’s on show with Meursault like silkiness, it does however have a marble-esque structure of enormous complexity. A fine, possibly great white wine with restrained power, beautiful flavours and the kind of “what the hell am I tasting that is so good?” character that makes Chardonnay the most intriguing wine grape in the world.